When a King Can Be Disobeyed

The beginning of the first exile

Yoseph died and all his brothers, and all that generation that came down to Egypt. And the children of Ya’akov became fruitful and multiplied, and the land of Egypt was filled with them.

Then a new king arose over Egypt, who did not know what Yoseph had done for Egypt. He became extremely concerned about his reign, because he feared that the Israelites might increase to the point when it would be very difficult for the Egyptian to fight them. So, the king decided to enslave them and afflict them with burdens to build for Pharaoh supply cities. 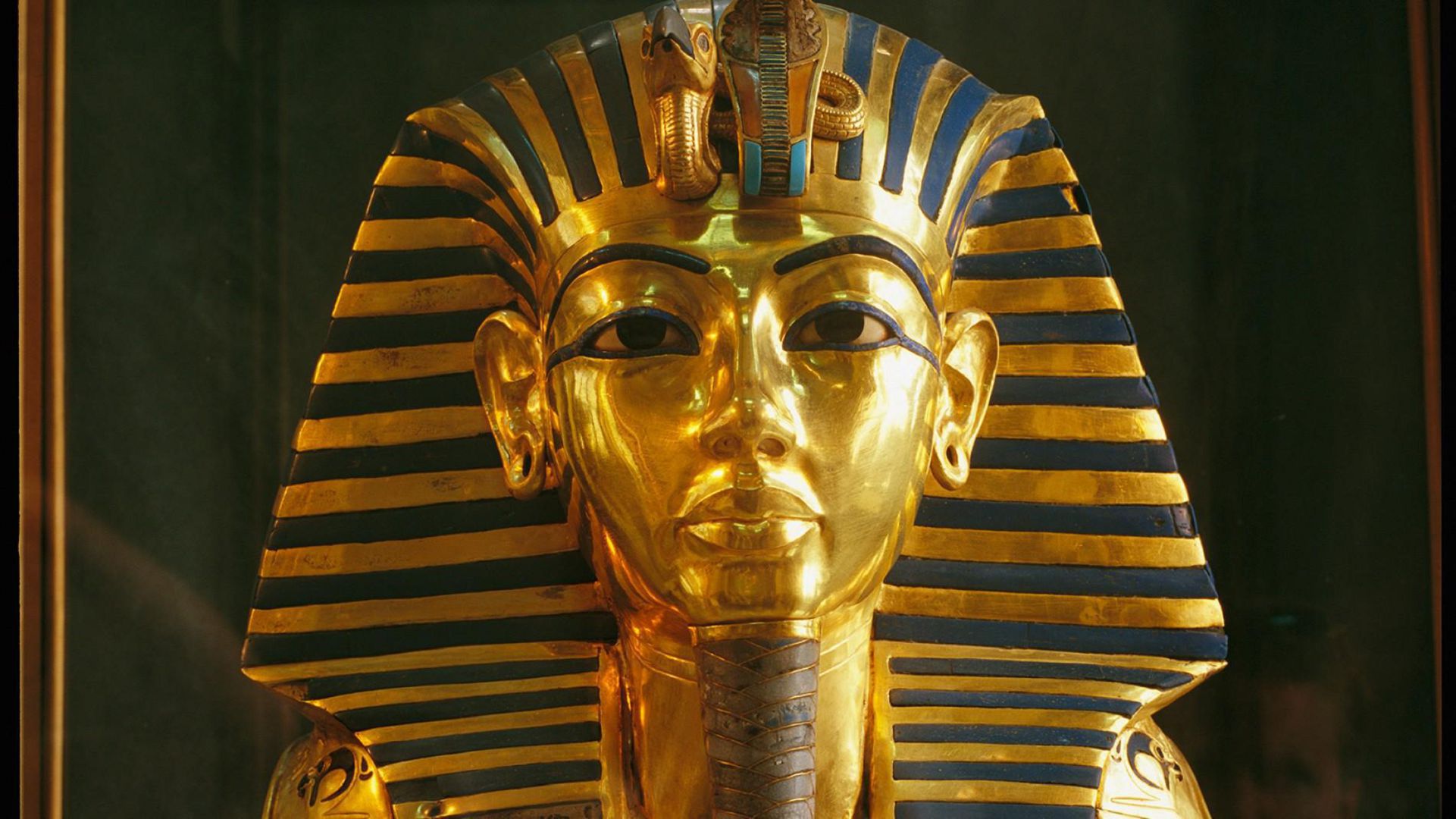 And having forgotten the benefits Egypt had received from Yoseph, they became very abusive to the Israelites and devised many ways of afflicting them, such as forced labor to build walls for their cities, to cut a great number of channels for the Nile, that they might restrain the river. According to Flavius Josephus (Antiquities of the Jews, Book 2, Chapter 9:1), they set them also to build pyramids (of the small ones), and by these afflictions the Egyptians intended to destroy the Israelites.

By hard labor Pharaoh hoped to break down the physical strength of Israel and slow its increase. But the more the Israelites were afflicted, the more they increased, and the more Egyptian feared them. And that was when the slavery and the first exile of Israel began.

And so, Israel learned from Yoseph and was compelled to build provision cities in the time of King Chizkiyahu (2Ch 32:28) for the storing of the harvest for purposes of trade but also for times of need and war: the practice all nations adopted from Israel.

The first act of genocide in history

As the first plan failed, the king proceeded to a second plan, that of a bloody act of genocide. He commanded the midwives to put to death the male children at birth and to leave alive only the girls, 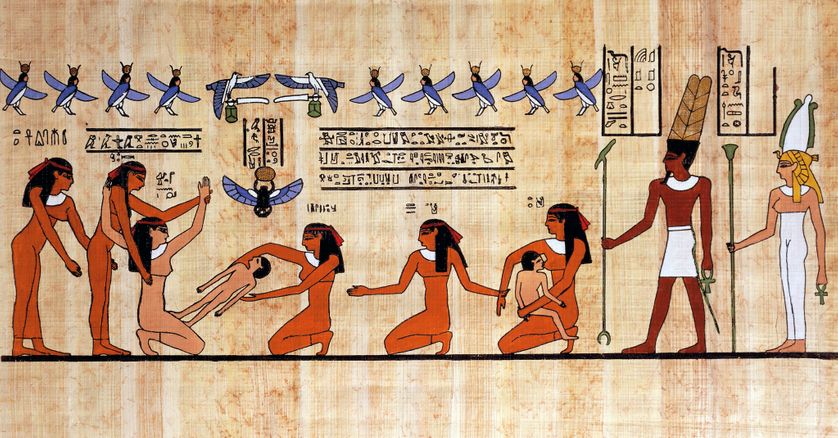 Josephus, in his account in Antiquities of the Jews, Book 2, Chapter 9:2, explicitly stated that the women were Egyptians, who served as midwives for the Hebrews:

[The King of Egypt] commanded that they should cast every male child, which was born to the Israelites, into the river, and destroy it; that besides this, the Egyptian midwives should watch the labors of the Hebrew women, and observe what is born, for those were the women who were enjoined to do the office of midwives to them; and by reason of their relation to the king, would not transgress his commands. He enjoined also, that if any parents should disobey him, and venture to save their male children alive, they and their families should be destroyed.

By stating that these midwives were Egyptians, and not Israelites, Josephus suggested that Pharaoh could not have trusted the Israelite midwives to execute such a barbarous command against their own nation. This we can also derive from the overall context of the account in Exodus 1. In support of this suggestion, we have taken into account that the closer is a witness to the source of information, the more reliable this witness is.

It is fair to assume that the midwives were not the only women to deliver the Hebrew babies, but they were the heads of midwives, who were doing the actual delivery, since it would be difficult to imagine that only two women could deliver the babies of the entire nation of the Hebrews estimated to have been more than two million at the time of the Exodus.

Did Josephus just assume that the midwives must have been Egyptians judging by the common sense that Pharaoh would have never entrusted such a duty of “national security” to Hebrew midwives?

It seems to us that either Josephus had other authentic records about the birth of Mosheh (now lost), which enabled him to draw the conclusion that the midwives were in fact Egyptians, or he had more knowledge of the received reading tradition than we do today.

JPS of verse 15 states that the king of Egypt spoke “to the Hebrew midwives”. The vocalized Masoretic text reads הָעִבְרִיֹּת ha-ivriyot, “the Hebrew” la-meyal’dot, “to the midwives”. The Hebrew word for midwives is derived from the verb יָלַד yalad, to bear children, to give birth, to labor, to beget, to deliver a child; medically, to act as midwife. At first reading it seems clear that the midwives were Hebrews, since even their names are recorded.

Grammatically speaking, since both words “midwives” and “Hebrew” open with a definite article “the” —  לַ la as a suffix to “midwives” meaning “to the” and הַ ha before the word “Hebrew” — “Hebrew” must be considered an adjective modifying the noun “midwives”. The grammar rule is: if there is a definite article before each noun, then the second noun (in this case “Hebrew”) serves as an adjective. Hence, we read “to the Hebrew midwives”. Thus vocalized, the meaning is that the midwives were Hebrews.

A careful reading of the text will compel us to view this verse as telling us that the king expected the midwives to agree and comply with his decree. And common sense does not allow us to say that the Hebrew women would have possibly agreed to participate in that heinous act of genocide of their own people.

If our line of reasoning is correct, why did the scribes feel it was necessary to vocalize the preposition lamed as לַ la, which had rendered our phrase to mean “to the Hebrew midwives” as this would not agree with the king’s plan?

When these words in question are read without vowel points and in context, it is inevitable for a Hebrew reader to associate them with another vocalization, since the wording is capable of two interpretations. The matter will become clear once we understand that in Hebrew language there are no vowels, only consonants.

Thus, the readers of script in the ancient times had only context and oral tradition as a guide for properly vocalizing the text. Vowels points were added some time after the first millennium C.E. by scribes called the Masoretes to preserve the received reading tradition. All the Dead Sea Scrolls, for instance, lack vowel points.

Therefore, from a purely grammatical point of view, there is a different reading of the same phrase, suggested by a different vocalization of the preposition ל lamed, “to”. Notice the difference in the pointing. The alternative vocalization reads as follows: לִמְיַלְּדֹת li-meyal’dot “to midwives” and הָעִבְרִיֹּת ha-ivriyot “the Hebrews”. In this vocalization, the preposition lammed is pointed as li, instead of la.

Simply said, thus vocalized, “the midwives” and “the Hebrews” are in the constructive form of two nouns. In this case, the noun “the Hebrews” identifies the noun “midwives” and the preposition “of” is implied to make the translation smooth. Since “Hebrews” has a definite article and “midwives” does not, the meaning is “midwives of the Hebrews”. But this suggestion rewrites the verse to mean the opposite of what the scribes have vocalized.

And indeed, if this explanation is accepted, then the new pointing changes the whole meaning of the phrase, namely, that Pharaoh spoke “to the midwives of the Hebrews”, leaving however, the ethnicity of the midwives unclear.

So, who were the midwives: Hebrews or Egyptians? It is the present author’s opinion that the midwives were righteous gentiles, Egyptians, who made everything they could to save the Hebrew babies. This opinion is based on (1) the overall textual context of Exodus 1, (2) the alternative vowel pointing in Exo 1:15, and (3) Josephus’ account in Antiquities of the Jews.

By now we should have noticed something very odd in the whole story. If the midwives were Hebrews, why would the evil king devise a plan to use Hebrew women to kill Hebrew babies?

But the midwives feared Elohim and did not do as the king of Egypt commanded them and kept the male children alive. (Exo 1:17)

When the angry Pharaoh questioned them upon the matter, the explanation the midwives gave him was that the Hebrew women were not like the women of Egypt, but were חָיֹות chayot, “lively” (had much vital energy), so that they gave birth to their children before they arrived. Thus, they succeeded disobeyed their king in order to save the Hebrew babies.

Elohim rewarded them for their conduct and because the Israelites increased, He “made them [the midwives] houses” (Exo 1:20-21), metaphor for families, i.e., Elohim preserved their posterity. In other words, because the midwives disobeyed the ruthless command of their king and had thus helped build up the families of Israel, their own families were therefore built up by Elohim. This is a classic example of measure-for-measure justice, as Elohim stated regarding the descendants of Avraham,

And I shall bless those who bless you and curse him who curses you. And in you all the families of the earth shall be blessed. (Gen 12:3)

Elohim blessed the midwives because they feared and did what was right and moral thing to do.

The failure of Pharaoh’s second plan to use the midwives drove him to acts of open extermination of the Israelites. He issued another command this time to all his subjects to throw every Hebrew boy that was born into the Nile River.

Throw every son who is born into the river and keep alive every daughter. (Exo 1:22)

The sages noticed the redundancy of king’s words: “Throw every son and every daughter you shall allow to live”. If only the boys were to be drowned, was it not obvious that the girls would live? Also, if Pharaoh wanted to decimate the Israelites, would he not have ordered to kill the baby girls, not the boys, since the increase of the birthrate is directly dependent on the number of females, not males?

Noticing this redundancy, the sages came up with the answer that while the king sought to get killed the boys to eliminate any future uprising, the girls he wanted assimilated into the Egyptian religion and culture.

This time the king’s decree was obeyed, and the Egyptians did what their king wanted from them, and the evil was unleashed.

In conclusion, what we learned from the righteous Egyptian women was that there are orders that can be disobeyed, if they are immoral and evil, and a king can be disobeyed on the authority of YHVH Elohim, who says,

And you shall not wrong one another; but you shalt fear your Elohim; for I am Yehovah your Elohim. (Lev 25:17)