His Reckoning of Time is coming to its end! The days of this wicked world are numbered and the writing on the wall concerning The War of Gog of Magog is for everyone to see.

Why Mosheh Did Not Enter the Promised Land Time of Reckoning Ministry (TORM) 2 July 2022: Mosheh the greatest statesman Israel ever had was not allowed to enter the Promised Land. The reason was that Mosheh did not speak to the rock, as YHVH told him, but he struck it with his rod. Why was that a sin to Mosheh that it merited such a punishment? Let us suspend this question for a moment and raise another challenge: we find two quite different stories concerning the attempt of Israel to enter the Land of Promise: one in Numbers and another one in Deuteronomy. They differ in their accounts as to who had sent the twelve “spies” to scout the land of Kana’an. Read more

The Ancient of Days and His Manifested Presence 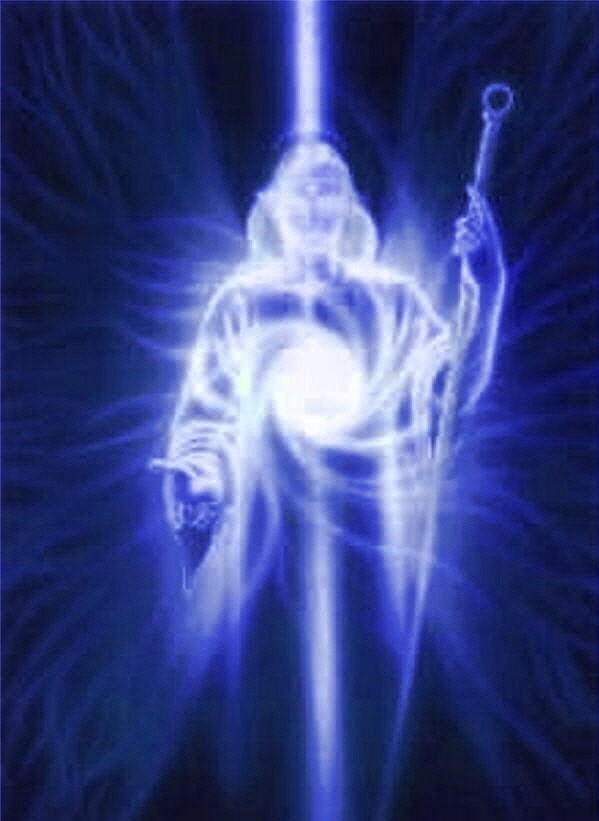 The Ancient of Days high above the throne of sapphire in Daniel and Ezekiel’s visions.

Time of Reckoning Ministry (TORM) 23 June 2022: The prophets Isaiah, Ezekiel, and Daniel saw someone seated on a heavenly throne in their visions. While Isaiah gives no description of the Eternal, and Ezekiel and Daniel describe Him having corporeal features, it is Daniel who identifies Him by calling Him the Ancient of Days. And it is Daniel who was given to see another one in a vision whom he called the Son of Man. Whom or what did the prophets see? Read more

When the Pharisees Sat on the Seat of Mosheh 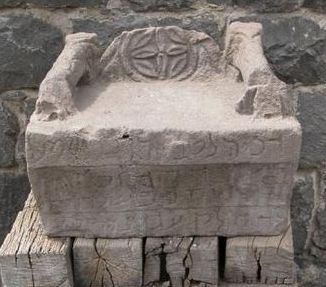 The Seat of Mosheh the Pharisees sat upon was an actual seat of authority.

Time of Reckoning Ministry (TORM) 12 June 2022: There was a time in the first century Judea, when the Pharisees usurped upon the domain of the Levites and the judges, and a new term was largely used to denote the authority the Pharisees usurped: “the Seat of Mosheh”, as it appears in the opening of Chapter 23 of Matthew. But what does “the Seat of Mosheh” mean because the text goes on to include even the command to do whatever the Pharisees say? One cannot argue that if the Messiah has told us to observe and do whatever the Pharisees demand from us, we must do. And let this not be a cause of wonder to us, for it is indeed written, “whatever they say to you to observe, observe and do”. But let us suspend this question for a moment and raise another problem: why did the Messiah so severely condemn the Pharisees for sitting on the Seat of Mosheh, i.e., sitting on his authority, since he has told us to obey them? Read more

The Parable of the Oak Tree 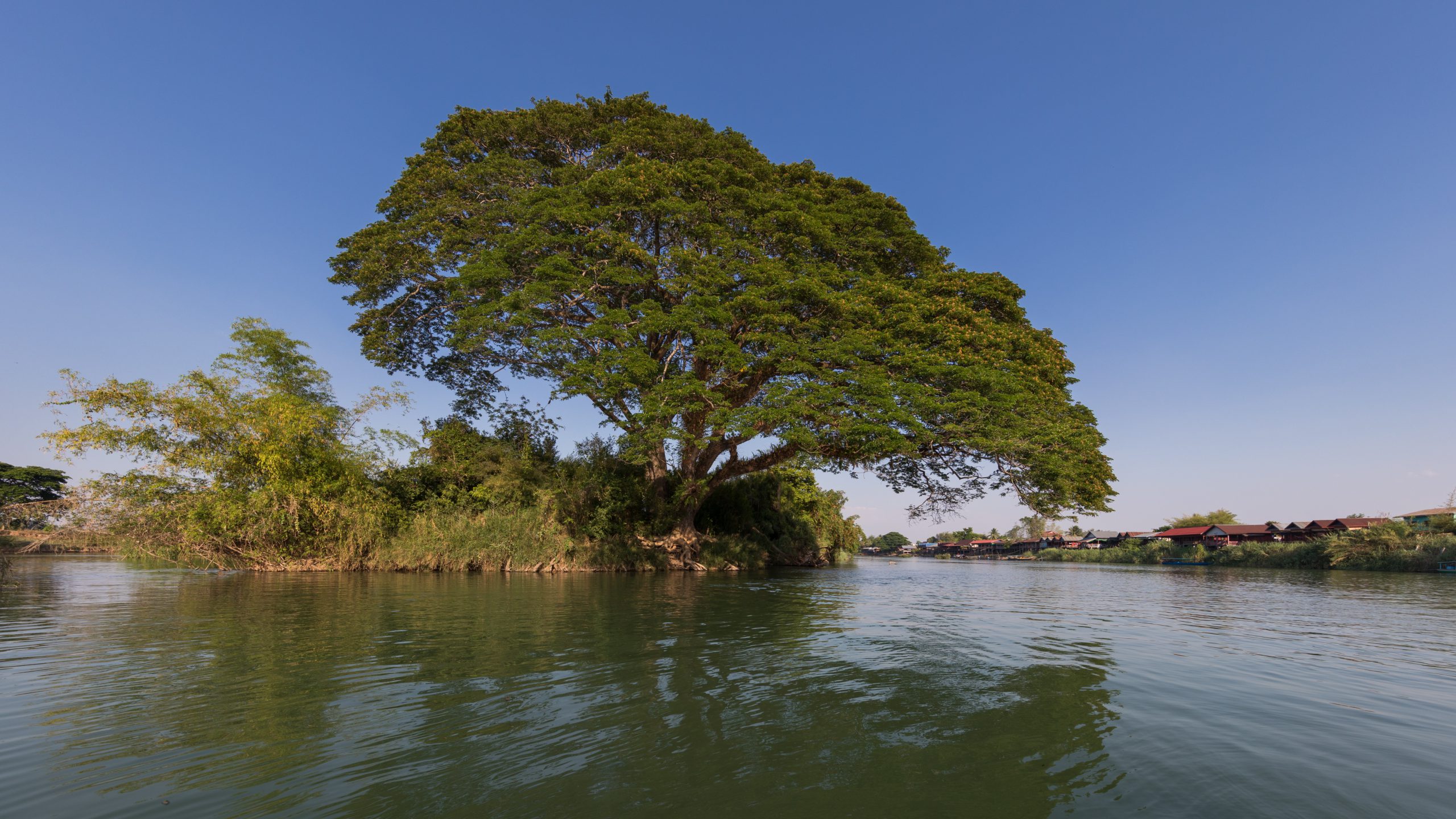 There is hope for a tree, if it is cut down, that it does sprout again, and that its tender branch does not cease. Though its root grows old in the earth, and its stump dies in the ground, at the scent of water it buds.

Time of Reckoning Ministry (TORM) 30 May 2022: In a non-Hebraic culture, the word “trust” often has an abstract idea which not always reflects its true Hebraic meaning. Once this meaning is understood in its proper context, it opens the eyes to see its true meanings from Hebraic perspectives. But when you are in doubt or in despair, what is there left for you to do? Read more

The Reckoning of 1335 Days in Daniel 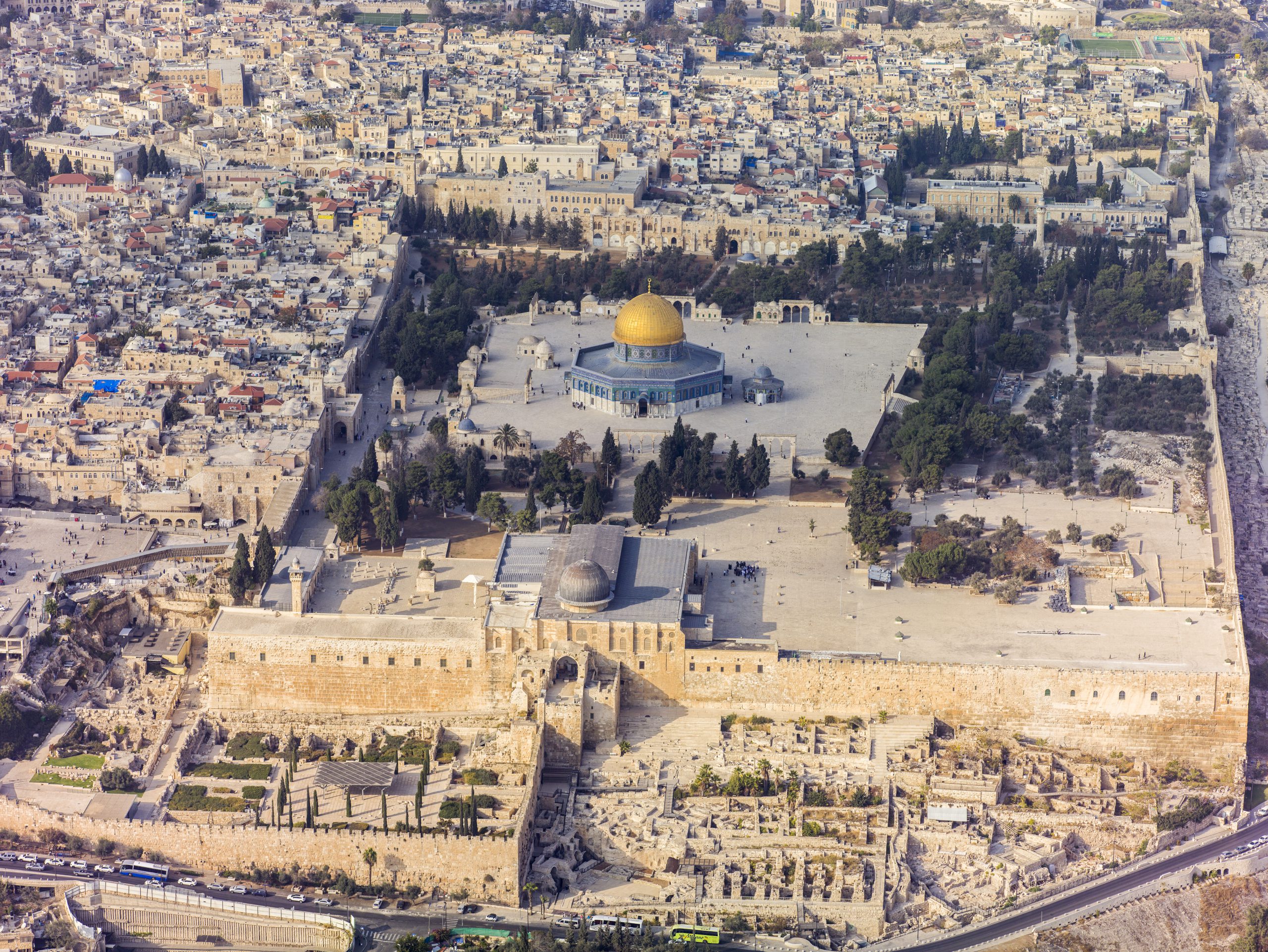 Time of Reckoning Ministry (TORM) 25 May 2022: Traditional commentators offer various interpretations of the cryptic reckoning of the 1335 days in the Book of Daniel. But in this second work on the subject of the reckoning of time, we will offer a different view, as we will explain in the following. It is the object of this work to seek the answers to the questions we set in the preceding article. This work has also a second object to find a reasonable explanation of certain obscure passages in Daniel concerning the reckoning of the 1335 days. With that said, we do not ask the reader to substitute our judgment for his or her own. The reader has therefore to expect that the matters discussed in the continuation of this work are subject to interpretation based on logical thinking. Read more

The Abomination of Desolation as Reckoned in Daniel 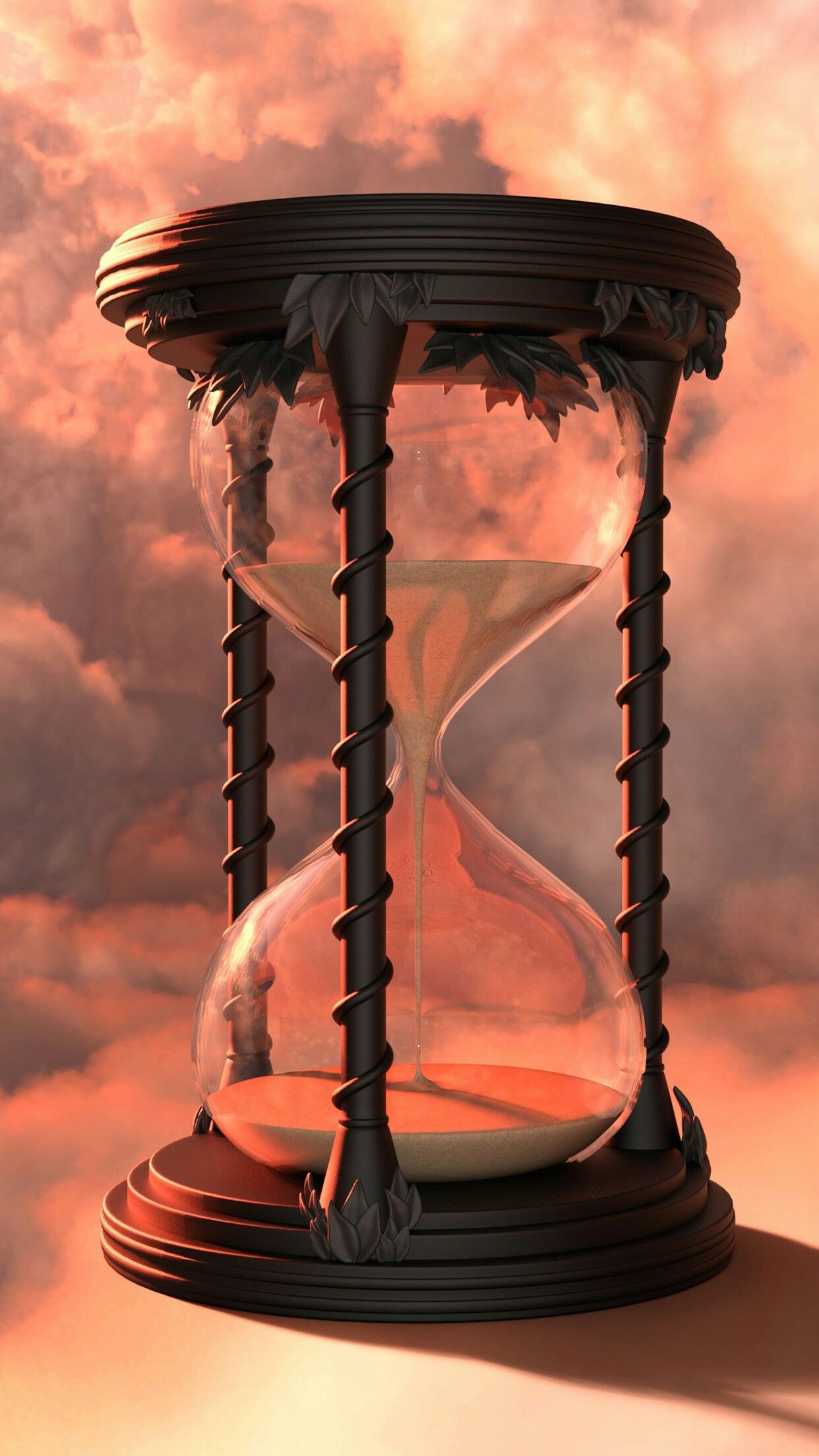 Blessed is he who awaits and comes to the one thousand three hundred and thirty-five days. The reckoning is running out of time.

Time of Reckoning Ministry (TORM) 18 May 2022: The abomination of desolation as spoken and reckoned in Daniel makes this book different from the writings of the other prophets. The prophecies in this book are not prophetic addresses to Israel or the nations, but enigmatic visions partially unveiled in such a way that they still perplex the readers today. The whole prophetic part of the Book of Daniel is obscure. It gives neither measure for the “time, times and half a time” nor for “days” and thus no clear understanding of what exactly the visions convey. Hence, it leaves undefined when all these visions will take place. Thus, the reader is left with more questions than answers, and therefore, with variety of interpretations concerning the durations of the prophetic events and with difficulties in placing them in the correct chronological order. Read more

Law, Order, Judges, and Police in the Bible 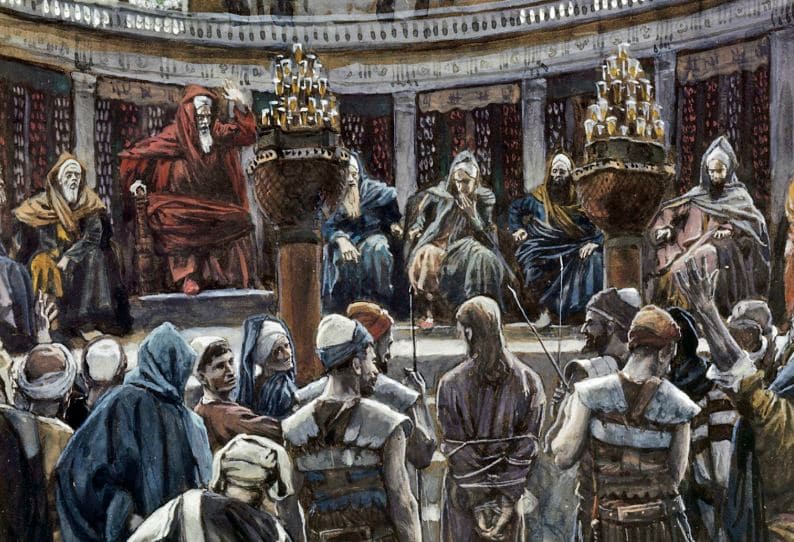 Sanhedrin of judges and the law-enforcement police in the Bible

Time of Reckoning Ministry (TORM) 8 May 2022: Civil order in a society rests upon a righteous judicial system of judges established by a constitution, and an impartial administration of justice established by competent police that ensures respect to the laws. The political system with elections and rule by majority, as we call it today “democracy”, was unknown to the Torah. Even the first king of Israel, Shaul, was not elected by the people but chosen by YHVH Elohim. But today there is “democracy” and the separation between the executive and judicial branches of the government, and even separation of the government from the Creator. Read more

“Our Fathers Have Inherited Only Lies!” 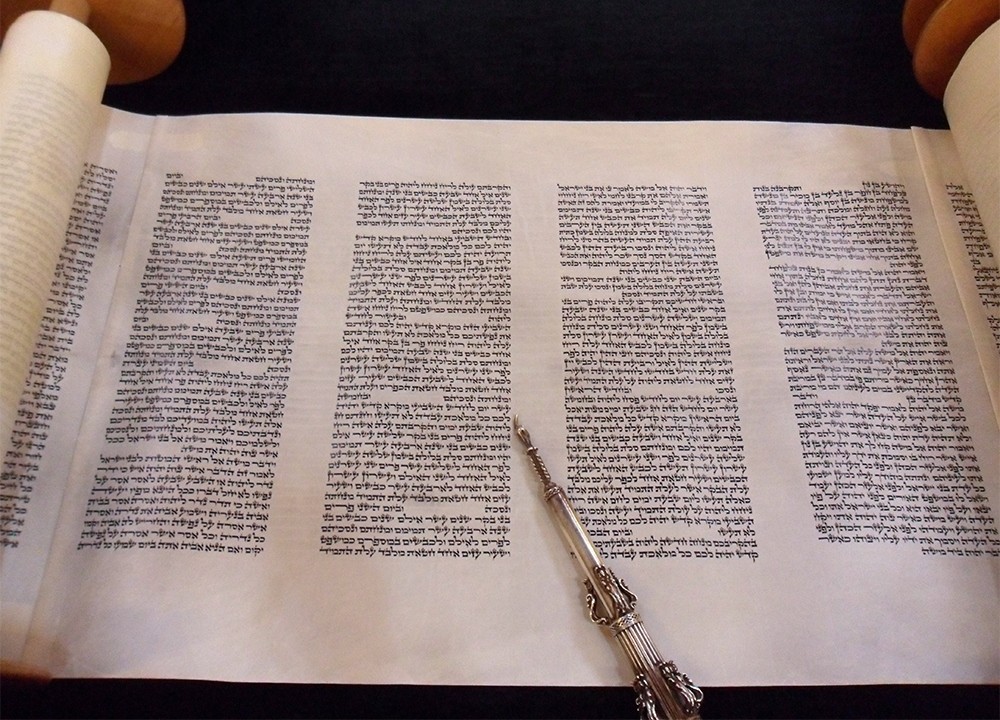 A Torah scroll. Will the nations learn the ways of YHVH?

Time of Reckoning Ministry (TORM) 30 April 2022: Who made this confession: “Our fathers have inherited only lies” and why? While most of the commentators consider them to be the heathen nations, who will come to the faith of the true Elohim, what should give us pause, however, is that this interpretation is problematic. This interpretation fails to explicitly mention what would make the heathens convert so quickly. Moreover, those interpreters who advance this view are under the necessity of explaining another term we find in the Scripture: “the completeness of the nations”. Read more

Why the Pharisaic Trail of Yeshua Was Illegitimate Had Yeshua been brought before the Great Sanhedrin of 71 judges, where Nikodemus and the other Pharisees, who believed in Yeshua, could have been found, the outcome of the trial must have been quite different, as it was the case of Shaul.

Time of Reckoning Ministry (TORM) 28 April 2022: Was the Pharisaic trial of Yeshua illegitimate? In this introduction to the subject, we would like to clarify presently the fateful trial that much has been written on, but still some legal issues have not been perceived. In order to clarify these legal issues in their entirety, we must initially make some inquiries in the Rabbis’ own words: the Mishnah, or the so-called “the Oral Law”. In this study we will focus on how the Rabbis had broken their own rules making the trial of Yeshua illegitimate, even according to the Mishnah. This work may be a good departure point for the faithful reader not only to delve into the issues on the legitimacy of the trial of Yeshua but also to use it as a solid foundation to establish good arguments in possible disputes. Read more

Are Sacrifices Legitimate Without the Temple? 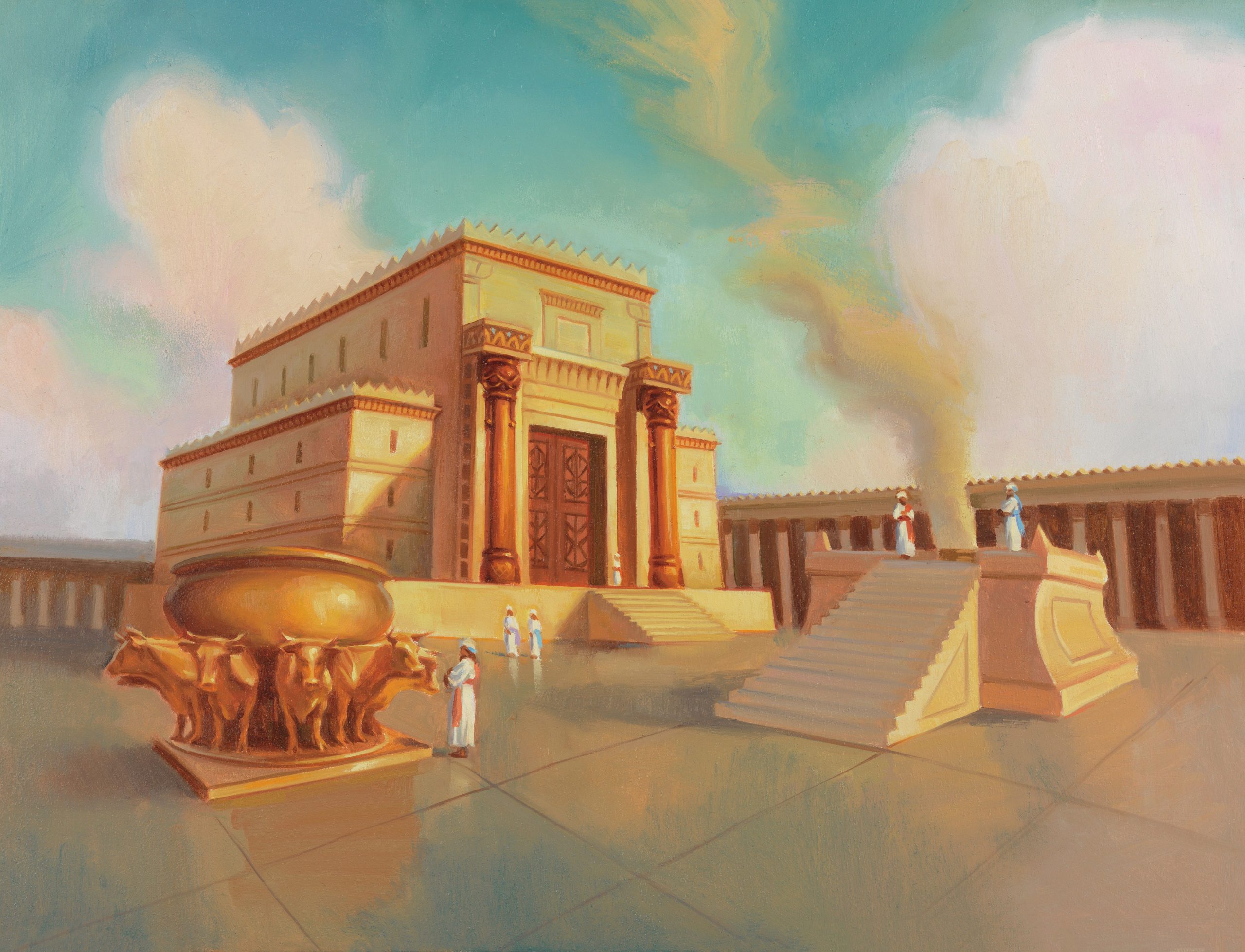 Image of the First Temple with the altar of sacrifices

Time of Reckoning Ministry (TORM) 18 April 2022: Today, there is great deal of debate in Judaism whether the Third Temple in Jerusalem should be built, who shall build it, and when. While all these are legitimate issues for the future Sanhedrin (the supreme judicial and ecclesiastical council in Judaism) to debate, all according to the last nine chapters in the Book of Ezekiel, what is left for us is to explain the matter whether sacrifices are legitimate without the Temple set in place. The Torah is very clear on the issue where the sacrifices are to be brought to. Israel was to keep the appointed times of YHVH with sacrificial gifts, which everyone was able to bring to rejoice before the Lord at the place where His Name dwelt. Read more

What Can Anger Elohim Most 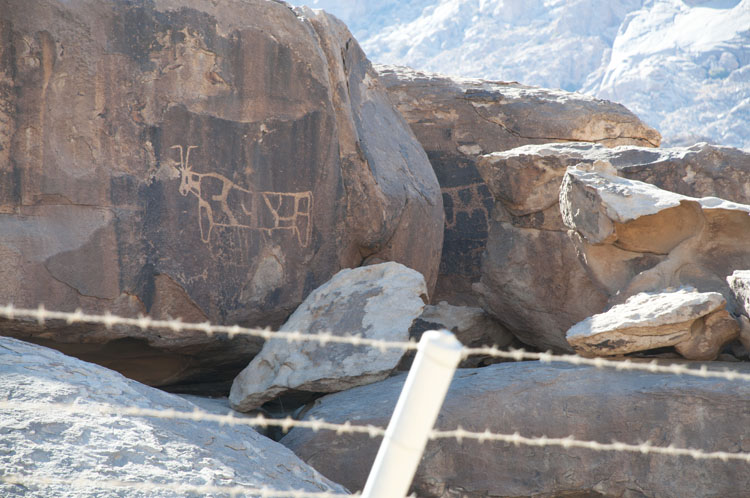 Golden calf carved on a rock in Saudi Arabia

Time of Reckoning Ministry (TORM) 13 April 2022: Is there a sin that can anger Elohim most? The Infinite One is infinite in grace and compassion; He is slow to anger and of great mercy, ready to pardon. But what about His patience? Is His patience still infinite as He is? We will explain the reason for this question in due course. A good departing point to explore the matter would be “In the beginning”. Read more

The Allotted Exile of Israel in Egypt 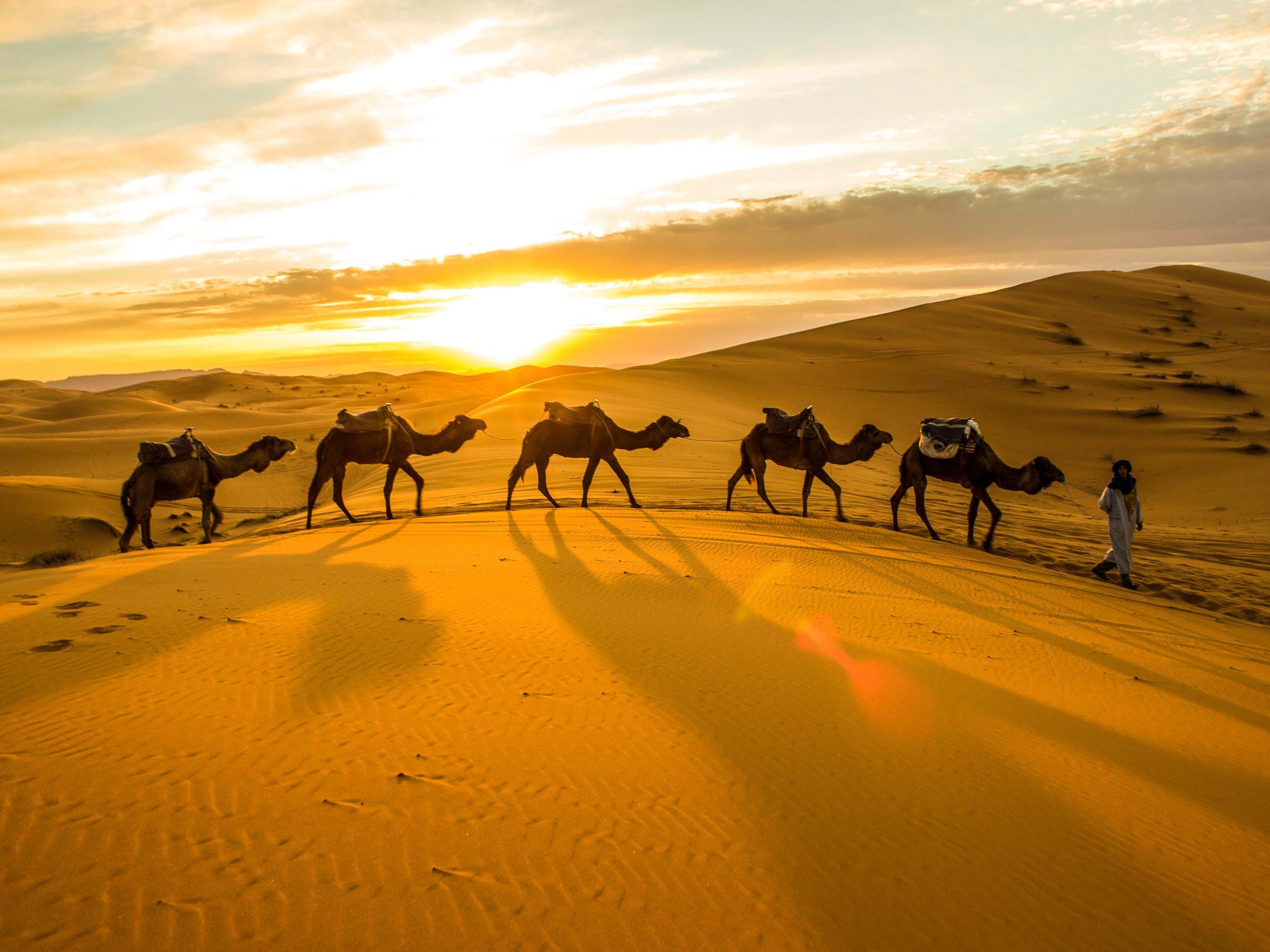 Israel and his sons going down to Egypt.

Time of Reckoning Ministry (TORM) 3 April 2022: The “exile of Israel in Egypt” sounds peculiar as we have not read anywhere that Israel had been sent in Egypt for any reason other than the famine in the land of Kana’an. The Torah is virtually silent about the time Israel spent in Egypt. There is absence of any notes concerning the intended stay or exile of Israel in Egypt, which we do not meet with in Genesis and Exodus. The Torah is silent, but not the prophets. Such absence does not usually take place unless the account has been intentionally obscured or suppressed. This raises the inevitable question: What possible transgression had the patriarch Israel done to the exile in Egypt? Read more

If you believe you are blessed with the teachings of Time of Reckoning Ministry (TORM), you may want to bless the unfortunate in fulfillment of the Torah to take care of the needy, the poor, the widows, and the orphans, to love our fellows as Yeshua has loved us.