The Bil’am Story Lost in Translation

There is a story in the Bible that is perhaps one of the strangest stories ever told: the Bil’am story. Bil’am the prophet was about to be killed by the messenger of Elohim for doing what he was told to do. Had the Bible been written in English, Bil’am would indeed have had the reason to be confused.

However, if we read closely the English translation of Numbers 22 applying textual criticism, we must agree that it makes no sense at all. In the following, we will explain a classic example of “lost in translation”.

Israel camped in the plains of Moav across the Yarden at Yericho. Balak king of Moav became exceedingly afraid of the people at his borders because the Israelites were many. He sent messengers to Bil’am a notorious prophet to come and curse the Israelites. Upon their arrival Elohim said to Bil’am,

Bil’am sent back the messengers saying, “Go back to your land, for Yehovah has refused to allow me to go with you” (Num 22:13). Then Balak again sent more numerous and more honorable messengers with more money to convince Bil’am to come and curse Israel. And Elohim came to Bil’am at night and said to him,

And Bil’am rose in the morning and saddled his donkey and “went with the heads of Moav” and “with his two servants”. But the displeasure of Elohim burned against Bil’am “because he went” with them (Num 22:21-22). And the messenger of YHVH stationed himself against Bil’am to kill him.

But Bil’am was so blinded that the messenger of YHVH was entirely hidden from his eye. And this happened three times before YHVH brought him to his senses by the speaking of the dumb donkey, and thus opened his eyes. 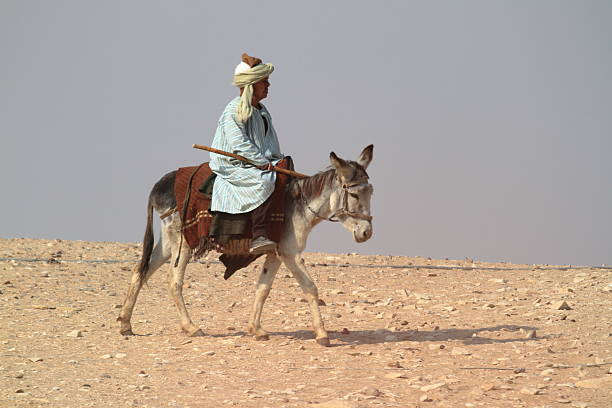 Animals have a distinct feeling of danger. This is not a mental vision, something originating in the brain seeing that animals do not possess such intelligence. What an animal feels is that it faces a frightening phenomenon it has perceived, and it will try to dodge it.

And Bil’am said to the messenger,

Then the messenger of YHVH said to Bil’am,

Go with the men, but only the word that I speak to you, that you speak. Bil’am then went with the heads of Balak. (Num 22:35)

Can we rethink this because from a purely textural point of view it makes no sense?

We may glean a better understanding of the Bil’am story when reading it in Hebrew. And when it is read in Hebrew, a quite different story surfaces. Therefore, to solve this issue, we would like to offer a different approach. The Hebrew text actually uses two different words for “with”.

The two prepositions in question are עִם im and אֵת eit, and they have very different meanings. The preposition עִם im derives from the primitive verb עָמַם amam which means to associate, come together; while אֵת eit means near, with. According to Brown-Driver-Briggs Dictionary, probably, אֵת eit has come from the verb אָנָה ana meaning to meet, encounter, approach.

Said in other words, עִם im suggests “with common purpose and goal”, while אֵת eit suggests “with as a result of encounter”. The best way to explain these two different prepositions is the following: im means “with” as in working in a team for achieving a common goal; eit is like being in an airplane together with other passengers who we have never seen, nor will ever see again.

The best way to remember which is which, is to remember what the Hebrew name “Immanuel” means: “With us is El[ohim]”. The reader may do well to read what we have written in the article “And you shall call his name ‘Immanuel'”.

The word עִמָּהֶם imahem “with them” suggests that Bil’am would make common cause with Balak’s emissaries. This is what Elohim forbade explicitly.

On the other hand, אִתָּם itam means “with them physically but not mentally”. This is what Elohim allowed. In other words, Elohim told Bil’am to go among them but not equally with, by reason of being one of them, like sharing their purpose or intention.

Hence, Elohim’s anger was caused by the manner in which Bil’am rose early in the morning, saddled his donkey, and did not even tell Balak’s men the condition Elohim had set for him to go. This difference between im and eit speaks volumes. This means that Bil’am shared the same objective with Balak; and he made it plain that he went with them on his own initiative, and so did his servants who went with him עִמֹּו immo, “with him”.

Therefore, the reason for Elohim’s anger was because Bil’am had already associated himself with Balak for the common goal to curse Israel, as the messenger of YHVH made it very clear to him: “Your way is reckless before me (see Num 22:32).

However, the problem does not end even here. In verse 35, it appears that YHVH’s messenger having opened Bil’am’s eyes, permitted him to continue the journey, “Go with (im) the men”. Had the angel changed Elohim’s command not to go with them? Not at all.

To resolve this last issue in verse 35, Elohim’s permission for Bil’am to go with them is to be understood as “to accompany, to go with but not associate with” Balak’s men; permission extended only to speak what he would be told to speak.

The translational issues do not stop here, though. In verse 22, the translation of the Hebrew word כִּי ki as “because” causes a problem for the reason that Elohim wanted to kill Bil’am for doing what he was told to do.

However, if כִּי ki is translated as “when”, then ki simply expresses the time, not the reason of Elohim’s anger, as that would be the case with “because”. We have some proof for this in Num 34:2 wherein it can hardly be translated “because”. Therefore, we may argue that it would appropriate then to correctly translate כִּי ki thus: “But the displeasure of Elohim burned when he went”.

In conclusion of our exposé, we need to know that YHVH has given us a free will to choose. Elohim permitted Bil’am to do his own will, as he wished it from the very beginning: to go with the men of Balak and curse Israel for the money, after all, Bil’am was a prophet for profit. But at the end it was His will, which Bil’am eventually did by saying the most beautiful blessing ever spoken over Israel.