The Life of the Flesh is in the Blood

From the very beginning of the world, the Creator has set a prohibition of eating flesh with its life, because life is in the blood of every creature He created, whether human or animal.

This prohibition applies to the eating of flesh with blood of life in it, whether of living animals, as is the barbarous custom of the heathens in Wuhan, or of slaughtered animals from which the blood has not been properly drained, or improperly cooked. 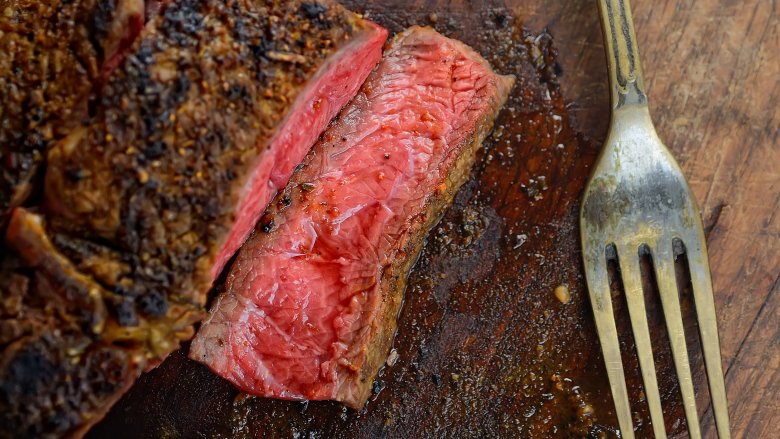 Flesh with blood of life

The laws against eating flesh with its blood are not intended simply as supplements to the laws related to what is and what is not food in Leviticus 11, but they place the eating of food in the closest relation with His children’ calling to love YHVH with one goal before their eyes and to the fullest extent of mortal potential,

These laws also have the goal, as we will study in this article, to oppose any attempt of the people to idolatrous sacrifices and practices—the laws for the setting His people apart in the Covenant.

In Leviticus 17, YHVH spoke to the priests and all the children of Israel, that any man who would slay a bull or a lamb or a goat in or outside the camp, be he a native or a stranger, and not bring it as an offering to Him before the Dwelling Place, blood-guilt was reckoned to that man. Such an offering would be considered bloodshed, and he who had slaughtered an animal outside the camp would be liable to exclusion from among his people, be he a native or a stranger.

And then the priest shall sprinkle the blood on the altar of YHVH at the door of the Tabernacle, and shall burn its fat to Him, as YHVH commanded the people to slay the animals, as praise-offerings and thank-offerings to Him (Lev 17:5).

Furthermore, YHVH appointed the blood of the animal flesh for the altar to be the medium of atonement for the life of man, and therefore prohibited the animal for being used as food for it is the blood that atones for the life.

Therefore, it was not the blood itself that atones, but the blood as the vehicle of life, because the animal blood in which was the life was to be offered to YHVH on the altar as a substitute for the human life (Lev 17:11).

In other words, the Israelites were not to slaughter domestic animals as food either in or outside the camp, but before the door of the Tabernacle as offerings to YHVH, because of the blood and the life in the flesh.

But, why would it be necessary for YHVH to give such a detailed description of what He requires from His children with regard to the animal slaughtering? It would have been simpler for Him just to say “bring Me your slaughterings before the Tabernacle”?

Most evidently, there must have been a reason for YHVH to go into such details, if a penalty was to be paid, namely exclusion of the perpetrator from among the nation of Israel.

And the reason for the severe punishment for slaughtering outside of the camp was that the Israelites should slaughter their animals before the Tabernacle in the presence of the priests, and not in the open field, where no one could see them.

The severity of this prohibition requires some explanation.

The reason for setting the law against slaughtering outside of the camp and eating flesh with its life is hinted right there in verse 7, as we read,

And let them no longer slaughter their slaughterings to demons, after whom they whored. (Lev 17:7)

And in case someone would say that this law was given just for certain occasions or had a temporary application, YHVH made it very clear: “This is a law forever for them throughout their generations” (Lev 17:2-7).

The phrases “no longer” and “after whom they whored”, in reference to the sacrifices to demons, are not given accidentally, as there are no vain or occasional words in the Torah.

The adverb “no longer”, referring to the slaughterings to demons in connection with the phrase “after whom they whored”, presupposes that the exiles had already done such idolatrous things. Otherwise, why would there be the necessity to say “no longer”, if there was no cause.

But, when and where did the Israelites slaughter their sacrifices to demons, because they just left Egypt?

The answer to this question is in the following article.