We have a reason and cause for calling Hebrew language set-apart without any exaggeration, and this will not be an overstatement but a fact, as we will show it in the following.

A careful reading of the Hebrew Scripture will show that the Hebrew language has no particular names for the private organ in males or in females, nor for the act of reproduction itself, nor for other things in that matter. Hebrew has no original words or expressions for these things, and only describes them in a figurative language, or in hint, but never explicitly stated, as if to say that the mentioning of these things should be avoided.

Hebrew does not have a word for a deliberate termination of pregnancy but calls it what it is: putting to death a child at birth (Exo 1:16). In our “civilized” world, this barbarous act of taking the life of a newborn child is conveniently called “partial birth abortion” in the manner of political correctness. It is not a murder but “just” an abortion. 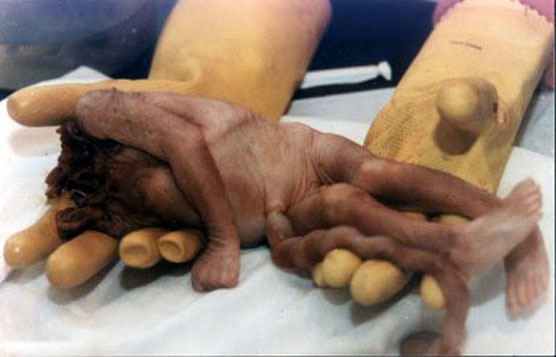 This is what the “civilized” world calls “abortion”.

Pharaoh commanded the Egyptian midwives to watch carefully during the labor and if the child was a boy, they were to put him to death as he was coming out of the womb; but if it was a girl, she was to be spared. In the article When a King Can Be Disobeyed of Time of Reckoning Ministry, we explained that the midwives Shiphrah and Pu’ah were Egyptians not Hebrews as commonly translated.

When you deliver the Hebrew women, and look them on the birthstools, if it is a son, then you shall put him to death, but if it is a daughter, then she shall live. (Exo 1:16)

This ugly scene of partial birth abortion of the Hebrew boys is not quite well understood, partially because of intentional obscurity.

The plain reading of the verse will tell us that the midwives were not ordered to passively watch the delivery, as if someone else were to put to death the children but to actively kill them at birth.

How that heinous act of murdering of newborn was to be executed we are intentionally not told, but there must be a reason for this. Perhaps, the Torah wanted to spare us from having to know the manner of killing the children and has left it to us to read between the lines and judge.

But one thing is certain: this is the first recorded partial birth abortion in history of mankind.

But the Egyptian midwives feared the Elohim of the Israelites and disobeyed the king. As we explained in the foresaid article that there are orders that can be disobeyed, if they are immoral and evil, and a king can be disobeyed on the authority of YHVH Elohim.

And when Pharaoh learned that the babies were spared, he commanded all his people to throw every Hebrew boy into the river and keep alive every girl (Exo 1:22). And the Egyptians complied with king’s decree.

How the delicate word was avoided

According to the translations, the king of Egypt told the midwives to “look on birthstools”, and if the child was a boy, he was to be killed. But how by looking at the birth chair of a woman in labor, a midwife would determine the sex of a newborn baby. The difficulty is found in the ambiguity of the words employed by the translators when speaking of delivering a child. These words beg for an explanation. 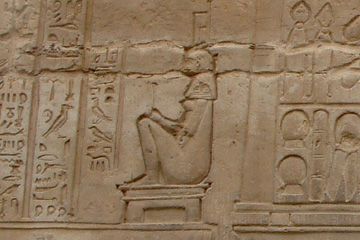 The Hebrew word for “birth chairs” is אָבְנַיִם avnaim and the complication comes from that fact that there are only two occurrences of this word in the entire Scripture: in Exo 1:16 as “birth chairs” and in Jer 18:3 as “wheels”, as we read,

Then I went down to the potter’s house, and behold, he was at his work on the wheels. (Jer 18:3 JPS)

This verse may serve as an illustration of the point we want to make. The JPS translators have rendered the phrase עַל־הָאָבְנַיִם al ha’avnaim, as “on the wheels”: the same phrase we have found in Exo 1:16.

We should note that this word is used only in a plural form אָבְנַיִם avnaim, never in singular אֹבֶן oven. This leads to ask the question as to how a woman could seat “on two (or more) birth chairs” during labor, if avnaim indeed means “chairs”, or “on the wheels” in that matter. It already sounds strange.

As we pointed out the difficulty in determining the correct meaning of avnaim comes from the fact that this word is used only two times in the Scripture. This rare occurrence deprives us of the textual context so important in the textual criticism. To answer this intriguing question, first we need to understand how this word is formed.

The noun אֹבֶן oven, a pair of stones, is derived from the primitive verb בָּנָה banah, which means to build up (literally and figuratively), to obtain children, as found in Gen 16:2. But how does a pair of stones connect to obtaining a child?

The best way to answer this question is to find a place where the word בָּנָה banah is used in a proper context and especially in combination with other word. This place is Gen 30:2-3, where we find banah used with the word יָלַד yalad, which means to bear children, to deliver a child,

And Jacob’s anger was kindled against Rachel; and he said: ‘Am I in God’s stead, who hath withheld from thee the fruit of the womb?’ And she said: ‘Behold my maid Bilhah, go in unto her; that she may bear (yalad) upon my knees, and I also may be built up (banah) through her.’ (Gen 30:2-3 JPS)

Therefore, we learn that אָבְנַיִם avnaim (plural of אֹבֶן oven) has something to do with the woman herself and more specifically with delivering a child. With that being said, what is avnaim and what is the connection between a potter’s wheel and a woman’s “birth chairs” to our verse in Exodus?

In Jer 18:3, we found the literal meaning of avnaim to denote the revolving table of a potter. The word אָבְנַיִם avnaim means a pair of stones (only dual); i.e., a potter’s wheel consists of two horizontal disks with a support between. The idea is that as the potter puddles a lump of clay between the stones that comes out ready for work, so does the baby.

It appears that the literal meaning of avnaim, namely, a pair of stones between which the lump of clay is puddled, is transferred to the woman’s reproductive organ out of which the child twists itself in order to come out of the birth canal, as it were like a lump of clay formed out of the potter’s wheels.

So, the midwives were called by the king to look carefully not at “birth chairs”, but at the woman’s reproductive organ during her labor, and if the child was a boy, they were to destroy him as he was coming out of the womb.

Now, if the Hebrew word avnaim indeed means what we claim to be, why is it not explicitly stated in the account of Exodus? After all it will make it clear as to what the king of Egypt ordered the Egyptian midwives to do.

It is not in the scope of this article to go over all such instances of delicate use of Hebrew, but we will note here that there are more “missing” words in Hebrew language. They are not per se “missing”, as if it were a defect of the language, but it suffices for now to say that Torah avoids mentioning certain words. More particularly, words such as the private parts in males and in females, and acts of intimacy.

In other words, as we had the chance to note, Torah is very delicate when dealing with the matter of intimacy. Some of these “missing” words we have touched upon in earlier articles, but the whole matter deserves further studying which we will do diligently in other articles.

For the time being, it suffices to say that in the case of king’s instruction to look on “birth chairs”, Torah did not wish the reader to visualize a woman in labor, and the translators have found the way to finely divert the attention from the woman’s genitals to the birth chair.