There is no Hebrew word for religion. The concept of “religion” is a Greco-Roman dualism that divides a social life into religious and secular. However, this form of dualism is foreign to the Torah, which instead sees all aspects of life as one and the same: a righteous life.

The word “religion” is actually the Latin word “religione”, which is of obscure etymology. The Latin term religio is first recorded in the 1 BC, in Classical Latin at the rise of the Roman Empire, notably by Cicero, and used in the sense of “scrupulous or strict observance of the traditional cultus”.

Religio among the Romans was not based on “faith”, but on knowledge, including and especially correct practice.

Julius Caesar used religio to mean “obligation of an oath” when discussing captured soldiers making an oath to their captors. In that sense, religio means bondage to the slave-masters.

The Roman naturalist Pliny the Elder, used the term religio to describe supposed veneration of the sun and the moon. Hence, religio (plural religiones) was the pious practice of Rome’s traditional cults.

But the Latin religio perhaps comes from the unattested verb religo (to observe, to venerate) plus‎ –io, wherein the suffix –io is added to a verb to create a feminine abstract noun.

Another explanation of the etymology of the Latin word religione is that it may derive from re- (again, back) + ligio (servile); ligio means in Latin “submissive, loyal, servile”; all attributes to a vassal. Hence, religione means “submissive service”, and within the system of beliefs of the Roman culture, the term religio or religione originally meant an obligation to the authority or to the gods.

Therefore, when the Emperor Constantine told the Romans that he had a new religion for them, they knew exactly what he meant: “back to the bondage”. Read more in TORM Q&A: Why was Christianity accepted so easily in Rome? 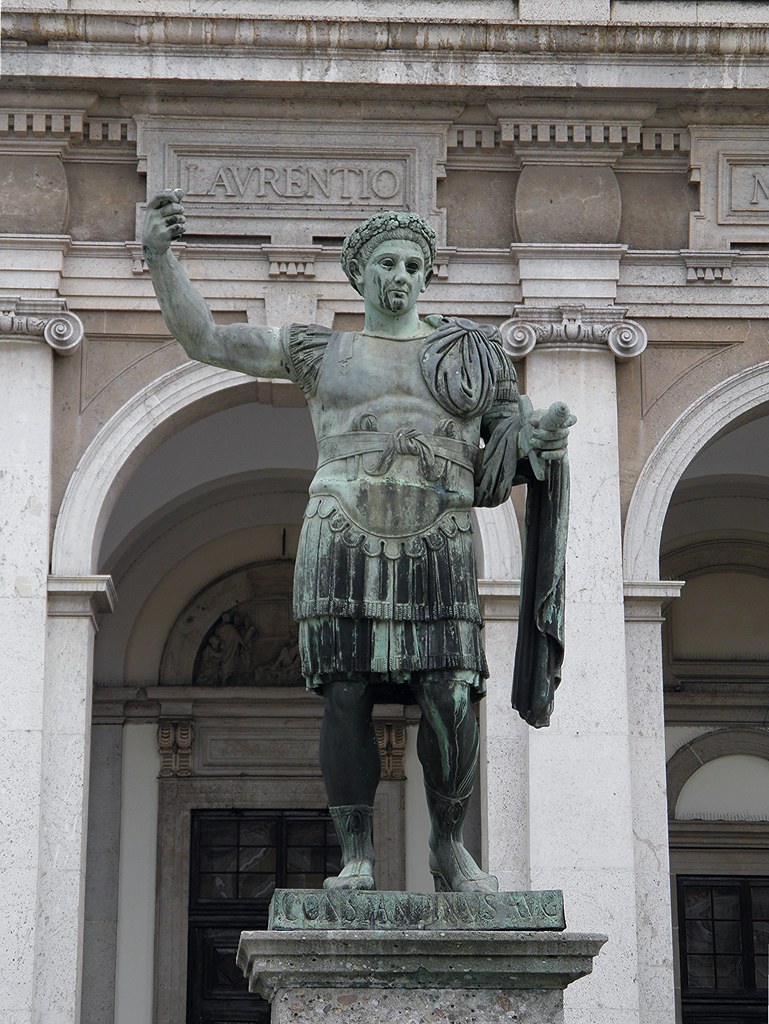 Constantine the Great wanted one religion and the Romans accepted right away.

The word religion does not appear in the Hebrew Scripture, except in the Apostolic Writings. The only two occurrences of “religion” (Jas 1:26-27) is found only in the translation of Apostle Ya’akov’s letter, as we read thus from King James’ version of the Bible,

Pure religion and undefiled before God and the Father is this, to visit the fatherless and widows in their affliction, and to keep himself unspotted from the world. (Jas 1:27 KJV)

The modern Hebrew language uses the ancient Hebrew word דָּת dat for the concept of “religion”, but this Biblical Hebrew word originally meant a royal edict, statute, decree, and law. The Hebrew modern word דָּת dat, religion, is not to be confused with a similar Hebrew word דַּעַת da’at, which means “knowledge”.

The only occurrence of דָּת dat in the Torah is in Deuteronomy in the blessing with which Mosheh the man of Elohim blessed Israel before his death. And he said,

Yehovah came from Sinai, and rose from Se’ir for them. He shone forth from Mount Paran, and came with ten thousands of set-apart ones – at His right hand a law of fire for them. (Deu 33:1-2)

Here the word in question is אֶשְׁדָּת eshdat, a compound word from אֵשׁ esh “fire” and דָּת dat “law”, translated as “a law of fire” or “fiery law“.

All other occurrences of the Hebrew דָּת dat are in the exilic writings of Daniel, Esther, and Ezra, wherein it is rendered as “decree”, “law”, or “order”, but never “religion”. A derivative of דָּת dat is דְּתָבָר dethabar, which is of Persian origin, meaning one skilled in law; a judge, counsellor.

So, what Hebrew word the apostle used in his letter, which KJV translators rendered “religion”?

Most likely it is the Hebrew word עֲבוֹדָה avodah meaning “bond service” or “slavery”—all depends on whom is served. Those who adhere to the laws of the Creator are His bond servants and serve Him.

If this is correct, then we read the verse anew,

Pure service and undefiled before Elohim and the Father is this, to visit the fatherless and widows in their affliction, and to keep himself unspotted from the world. (Jas 1:27)

This translation is faithful to Ya’akov’s teaching in his epistle. My brothers, what use is it for anyone to say he has faith but does not have works? This faith is unable to save him. (Jas 2:14) … But someone might say, “You have belief, and I have works”. Show me your faith without your works, and I shall show you my faith by my works. (Jas 2:18), and he concludes that the faith without the works is dead. (Jas 2:20)

What works Ya’akov is talking about? The works in the Torah, as he reiterated the Torah of YHVH. If a brother or sister is naked and in need of daily food, but we do not give them the bodily needs, what use is it? If faith does not have works, it is dead (Jas 2:15-18).

And you shall guard My laws and My ordinances, which a man does and lives by them. I am Yehovah. (Lev 18:5)

And you shall love your neighbor as yourself. I am Yehovah. (Lev 19:18)

The rest of the Torah is a commentary.