Euthanasia is an act of killing someone painlessly by a physician (especially someone suffering from an incurable illness). It is also called by the misnomer “mercy killing” or “mercy death”, depends on which side of “mercy” one stands. Euthanasia is also called “assisted suicide” or “right to die” (as if a man has contributed for his birth in order to have the right to die). The road to hell is paved with good intentions.

Euthanasia has become a serious ethical and legal issue when it comes to end the pains of terminally ill people, but in some cases, especially in the so-called “first world countries”, “the assisted suicide” is a matter of preference whether or not to continue to live. There are people in those countries who just want to die without any medical condition. They just want to “expire”, like the expiration date on the groceries, i.e., feeling “tired” of living.

Euthanasia (from Greek: “good death”) is the practice of intentionally ending a human life to relieve pain and suffering performed at the patient’s request by withholding treatment necessary for the continuance of life.

Euthanasia, or “assisted suicide” as it is called, is legal in many “civilized” nations in western Europe such Britain, Switzerland, Holland, Belgium, to name a few, in Canada, and in some liberal states of America such as California, Washington, and Vermont. 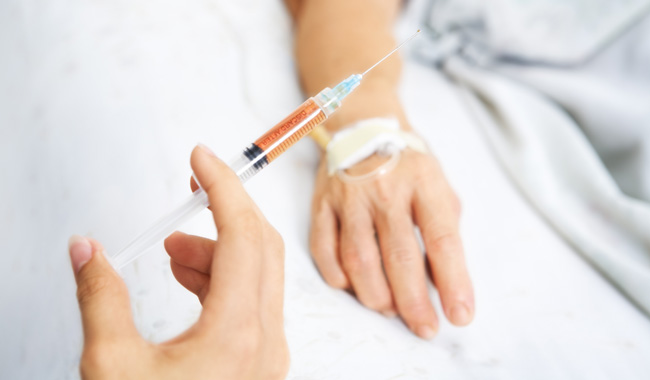 But euthanasia started in the ancient world.

Euthanasia was practiced in Greece and Rome for a deliberate hastening of a person’s death, although Hippocrates spoke against it, writing “I will not prescribe a deadly drug to please someone, nor give advice that may cause his death”.

Since then, however, the world prescribes legislation to please the will of someone to die and “doctors” despite having taken the Hippocrates oath not to harm, assist death.

But the first “state-sponsored euthanasia” was conducted in 1939 in Nazi Germany. A disabled infant, Gerhard Kretschmar, born blind, with missing limbs, subject to convulsions was declared “an idiot” and subject to “mercy killing”. After that “mercy killing”, almost 300,000 mentally and physically handicapped people” faced their assisted death to cleanse “the pure race” from the unfitted.

But it will be incorrect to blame the Nazis for having invented this inhumane ideology; it was developed in the 19th century on the other side of the pond under the name “eugenics” (from Greek: “good creation”) to improve the human race, understand, certain members of the human race.

Euthanasia can be voluntary when conducted with the consent of the patient.

Non-voluntary euthanasia is conducted when the consent of the patient is unavailable. Examples include child euthanasia, which is illegal worldwide but decriminalized in Holland.

Involuntary euthanasia is conducted against the will of the patient, like in Nazi Germany. A form of involuntary euthanasia, for instance, is the “one-child policy” in Communist China, when the unborn were forcibly killed in the mothers’ wombs in a case of a second pregnancy.

Euthanasia can be also active euthanasia by administering a lethal injection, while passive euthanasia is conducted when the patient brings about their own death with the assistance of a “physician”; the term assisted suicide is often used instead.

Passive euthanasia implies also the withholding treatment necessary for the continuance of life, i.e. in case of unwanted already born child left to die in the storage room of the hospital.

Regarding such cases of unwanted babies, the former Senator Barak Obama said that they were “above his pay grade” to worry about.

In the modern world, the cost consideration is a major factor in determining whether or not to prolong life. The decision making is driven by government bureaucrats in a single provider socialist system based on the “humane” legislation.

But what does euthanasia have to do with Legislation of the Creator and with our study? It has a lot to do and in many aspects.

Honor the father and the mother

The 5th Commandment of the Covenant of YHVH demands a respect and honor for the parents.

Respect your father and your mother, so that your days are prolonged upon the soil which Yehovah your Elohim is giving you. (Exo 20:12)

The key word here is “respect” or “honor”.

The Hebrew word translated as “respect” is כָּבַד kavad. It is a primitive root, which means to be heavy, that is, in a bad sense (burdensome) or in a good sense (numerous, rich, honorable, be made abundant); causatively to make weighty (in the same two senses).

This literal meaning of kavad can be seen in the following example in which the adjective kaved is used,

… he fell off the seat backward by the side of the gate. And his neck was broken and he died, for the man was old and heavy. (1Sa 4:18)

Kaved כָּבֵד as a noun also means “liver”, as the liver is the heaviest of the internal organs.

The feminine passive participle כְּבוּדָּה kevudah, means weightiness, but figuratively: magnificence or wealth, as wealth is possession of “heavy” assets.

Another Hebrew word derived from kavad is very well known in the worship of YHVH and this is the word כָּבוֹד kavod, properly weight, but is used only figuratively as glorious and glory. When we give the due honor to Elohim, we give the due “weight” of our worship He deserves.

Talmud, Kiddushin 30b says that there are three partners in man: Elohim, his father, and his mother. When a man honors his father and mother, Elohim says: “I consider it though I had dwelt among them and they had honored Me”. Thus, to honor the father and the mother is to honor the Creator Himself, who created them and gave them the responsibility of parenthood.

And the promise, “your days are prolonged upon the land” also points to this. There is a double promise here. So long as in a society the institution of the father and mother is respected and guarded by law, and a nation has raised obedient children, the commandment assures a long life not only of the individuals but of the society as a whole.

In Deu 5:16, where the 5th Commandment is renewed, the promise of long life is followed by the words, “and that it is well with you”, which merely explain the commandment more fully.

Each one of you shall fear his mother and his father, and guard My Sabbaths. I am Yehovah your Elohim. (Lev 19:3)

Lev 19:3 gives a further weight of the 5th Commandment by placing it on an equality with the observance of the Sabbath day, and “fear” (more properly “awe” as seen in Mal 2:5) is substituted for “honor”. And to remove any doubt who has said that and to whom accountability is due, it is sealed with “I am Yehovah your Elohim”.

But by “father and mother” we are not to understand only our biological parents, but also the founding fathers: the patriarchs and matriarchs Avraham and Sarah, Yitschak and Rivka, and Ya’akov and Leah, Rachel, Bilhah, and Zilpah.

In this commandment in the Covenant of YHVH to respect and awe the parents lays the foundation for the setting apart the whole social life of the society established by the authority of the Creator. And the institution of the family, as the building block of the society, is established since the creation of the world, when YHVH created Adam and Chavah: the first parents of mankind.

You do not murder

The 6th Commandment of the Covenant of YHVH concisely says,

The commandment that condemns murder is placed right after the commandment to honor the parents, not as being a commandment that preserves the most valuable possession that is the basis of human existence, but because the personality of the murderee is attacked in whom is the image of the Creator (Gen 9:6).

But this is also true: in a murder the personality of the murderer is attacked in whom is also the image of the Creator. Therefore, when the Sages teach that to destroy a single human life is to destroy the entire world, the world for the murderer is also destroyed—the punishment for murder is death—in this world and in the world to come (1Jn 3:15, Rev 21:8, Rev 22:15).

The Son of Elohim expounds the 6th Commandment in His sermon at the mount to say that even the hatred is liable to judgment (Mat 5:22); this sermon we studied in the article “The sermon few want to hear“.

We should note here that there is an omission of any object in the commandment “You do not murder”: to murder whom, for what reason. This omission of the object shows that the prohibition includes not only the murder of other human being, but also the destruction of one’s own life, because in the case of suicide, the entire world is destroyed twice for the murderer who is also the murderee.

Had the Messiah continued even further in His sermon, He would have included the abortion, being the most vicious murder of all murders in which parents murder their child. But did He really omit it?

This cruel act of murdering innocent human beings in the grave of their mothers’ wombs, cut piece by piece while still alive, we studied in the article “The real face of abortion America must see it to believe it“. Warning! This article contains graphic photos.

Euthanasia as a “human right”

What do we see today in our “humane” society? Broken families, murders, abortions, euthanasia.

In a secular world where the term “sanctity of life” has no meaning, where women believe it is their right to rid of unwanted children, because it is their bodies, where a global government body decides who lives or dies, the U.N. declared abortion and euthanasia to be “human rights”.

Society is moving in the direction of breaking the family, and more particularly, the connection between parents and children. The abortion and euthanasia play a significant role in the world’s agenda to implement the ideology of the fittest—eugenics—as an abortion is an act of the parents rejecting their child and euthanasia is an act of the child rejecting the parents.

By using the abortion and euthanasia, eugenists aim at reducing the world population to a “manageable” level, but first the elderly must go, and even better if they had not been born in the first place. And COVID-19 the Coronavirus plays well in that agenda.

In conclusion, let us learn the lesson of the following story.

A man told his son, “Take the hook and help me bury my father”. Then, they dragged the old to the woods and buried him there. When they finished, the father said to his son, “Let’s go home!”

The son took the hook, and his father asked him, “Why do you need the hook?” “To bury you, when your time comes”, said the son.