Which came first the chicken or the egg?

Question: Which came first, the chicken or the egg? 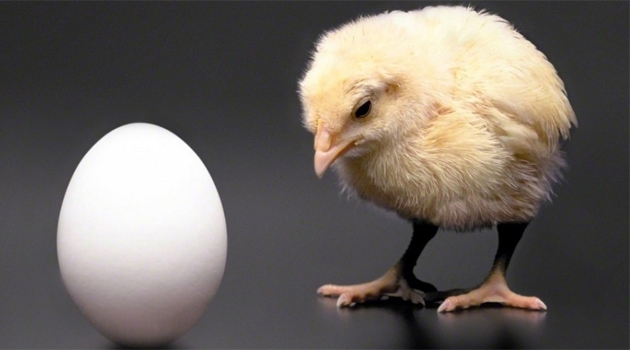 The chicken or the egg?

This may sound like a silly question, but actually, it is not; it is very philosophical.

First of all, to answer the question with a question, what does it have to do with the Bible study? But as we will see below, the question indeed has much to do.

On the serious note, let us rephrase the question: “Which came first: the progenitor or the offspring?”

The ever existing Creator, who was, and is, and will always be (the essense of His Name), created in His image the first humans. On the 6th day of the creation week, He created them fully matured: Adam and Chavah. And on the first Sabbath day they were … one day old. But how old did they look like? Read more in “Mystery of origin of life“.

Thus, the principle was set: the Creator, the Progenitor, and then the creation, the offspring.

The first humans became progenitors and brought forth offspring of their own: Kain and Havel. And since then, it has always been like that in this order: progenitor and offspring.

So, which came first: the chicken or the egg?