When the Firmament in Heaven Declared the Creation

The creation story narrates that Elohim created a firmament above the heaven. This term has been perplexing the readers of Genesis for a long time with no clear definition of what “firmament” is. Yet, the Scripture further assures us that this firmament declares the work of His creation, and the heaven is proclaiming it to the glory of Elohim. If the firmament, which the Creator placed above the heaven solely on account of His words on the second day of creation, was so important, should we not examine the matter?

It is the object of this work to explain the Hebrew text of the Creation story, to interpret its literal translation, and draw conclusions to the best of our knowledge. We will explain the reason for this in the following vein. For the purpose of this study, we will focus on the Creation account in Genesis.

So, what is the firmament in heaven which Elohim created on the second day of His work?

The firmament above heaven

If the Torah had only written “Let there be a firmament in the midst of the waters …”, we would not have known what the firmament really is and how the firmament has declared the glory of the Creator. The JPS translation of Gen 1:6-8 reads thus, 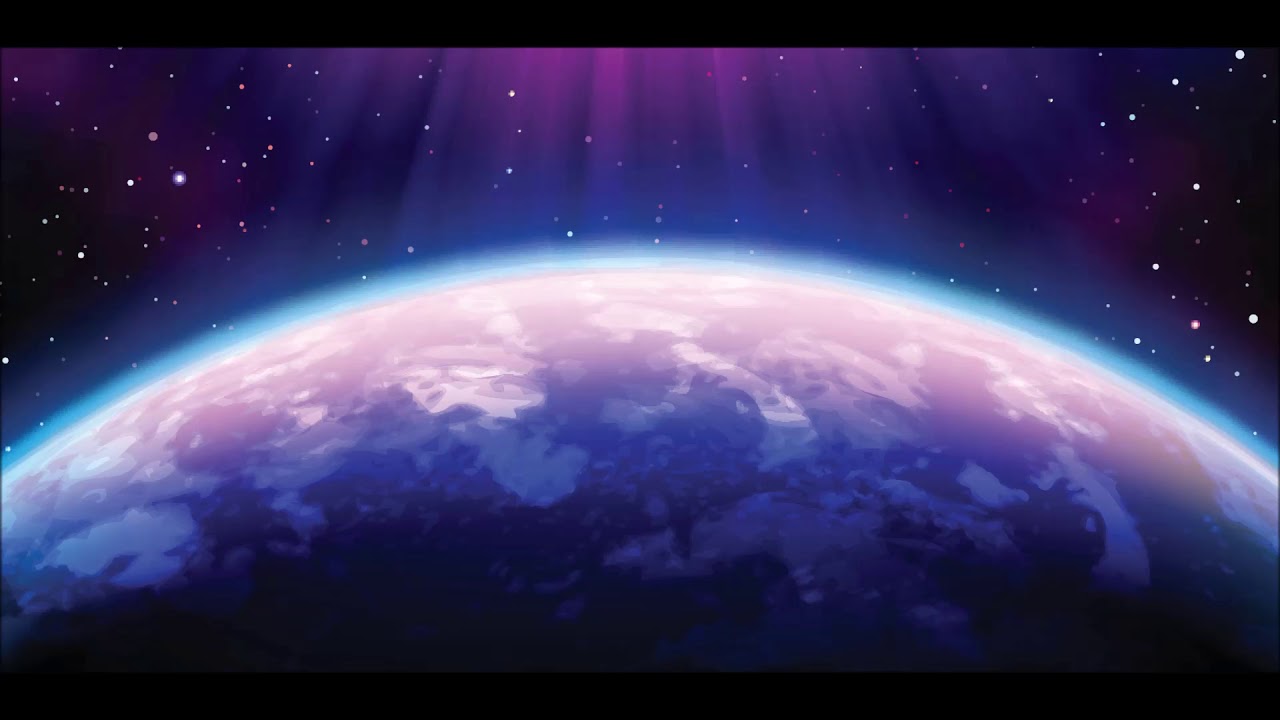 The blue dome around the earth is the atmosphere, and the firmament is the shell above it that once existed in the beginning but no longer.

Now, if there are heavenly waters separated from earth and waters on the earth, there must be a boundary which the Creator called רָקִיעַ rakiya, the firmament, to separate and hold them up. Thus, the rakiya is a large barrier in the shape of a dome holding up the heavenly waters above the earth.

And they did beat (raka) the gold into thin plates, and cut it into threads, to work it in the blue, and in the purple, and in the scarlet, and in the fine linen, the work of the skillful workman. (Exo 39:3 JPS)

This is stated simply to be understood simply. There is little in the verse that would suggest anything beyond its literal interpretation. The process of beating metal into a sheet is called rakiya. Thus, the parallelism here between rakiya and the gold beaten into thin plate helps determine the meaning of firmament. According to the simple interpretation of the verse above, rakiya means something that appears like a sheet. With the above in mind, we may now understand the statement in Genesis.

The verb raka is also used in its poetical application of spreading the clouds by the Creator in Job 37:18 and Isa 42:5. The symbolic meaning of this act is clear, and from it, also, the meaning of firmament is not difficult to perceive.

Along with the literal application, these poetical images bring the idea that rakiya is regarded as a solid mass above the sky, i.e., רָקִיעַ rakiya is called heaven in Gen 1:8, i.e., the vault of heaven, which stretches out above the earth. Hence, we understand the meaning of rakiya as a firm and solid dome of “flattened sheet” above the sky.

Genesis 1 thus clearly describes that while the sun, moon, and stars are placed in the rakiya, the birds which fly in the air, are placed below the rakiya, literally “on the face of the firmament”. What does this mean?

The firmament declares the Creation

The heavens are proclaiming the glory of El, and the firmament declares the work of His hand. (Psa 19:1)

However, instead of clarifying the creation account, we have come to a complication, because it seems that what Creator made was a shell-like dome or sphere that enclosed the sky and the earth strong enough to hold up the waters above and separate the waters under the sky. Something like a “walnut” shell that encloses the nut.

So, what is the firmament in Genesis 1? The answer can be found in the following verses, as the Scripture explains itself:

Then I looked and behold, upon the firmament (rakiya) that was over the head of the cherubim, there appeared above them as it were a sapphire stone, as the appearance of the likeness of a throne. (Eze 10:1 JPS)

And over the heads of the living creatures there was the likeness of a firmament (rakiya), like the color of the terrible ice, stretched forth over their heads above. (Eze 1:22 JPS)

Furthermore, Josephus in his account of Genesis 1, Antiquities of the Jews, Book 1:1:1, says thus,

After this, on the second day, he placed the heaven over the whole world, and separated it from the other parts, and he determined it should stand by itself. He also placed a crystalline [firmament] round it and put it together in a manner agreeable to the earth, and fitted it for giving moisture and rain, and for affording the advantage of dews.

Note: Flavius Josephus (Yoseph ben Matityahu Ha-Kohen) was born in 37 CE and died around 100 CE. He started as a priest in the Temple and ended as a Roman citizen, surviving the destruction of the Second Temple in 70 CE. He has been recognized as a historian and as a military commander during the siege of Jerusalem by the Romans. We now return to the text.

What we are learning from the Creation account was that rakiya was a huge mass of water frozen in the solid state of ice placed above Earth. Per Josephus, rakiya was the crystalline firmament. Hence, it is logical to conclude that the firmament in Genesis 1 was a dome or sphere of ice crystals or ice blocks that envelops the earth.

That icelike vault was an ideal filter against the harmful UV light from the sun, thus creating the perfect environment in the ideal green house, which the Creator called אֶרֶץ Erets, Earth. In this green house, he created the life on the earth from the third day until the sixth day.

The firmament therefore was functioning like a transparent screen of ice on which the sun, the moon, and the stars were projected in a spectacular view from the earth’s perspective,

On the face of the icelike firmament, the creation account has recorded that the birds were flying above the earth,

Let the waters swarm with swarms of living creatures, and let birds fly above the earth on the face of the firmament of the heavens.” (Gen 1:20)

Before the flood there was a thick sheet of water or ice surrounding the earth high in the atmosphere. This sheet of ice was filtering out the harmful sun rays and thus it contributed to the longevity of life on the earth prior to the flood.

So, what is the firmament? The firmament, rakiya, is the heavenly horizon that was separating the earth atmosphere from the outer cosmos.

When the firmament melted in heaven

Knowing what we have learned so far, a solid foundation is established for the conclusion of our study. Flying forward in time to the universal Flood, the opening of the windows of heaven which brought down the floodwaters caused the collapse of this “hammered-out sheet” of ice, which the Creator called “firmament”. If we want to understand what took place at that time, we must pay attention to the word “ice”.

On account of His words, the Creator caused the ice firmament to melt in the six hundredth year of Noach’s life (see Gen 7:11) and in the 1656th year of the creation, along with waters in the hidden chambers in the earth, the waters from above came upon the earth in the form of torrential rain and wiped out the wicked generation in Noach’s time. For what reason did Elohim cause the protective shield in heaven to melt?

Many years passed when the sons of Elohim came down on the earth and cohabited with the daughters of men. Apart from Genesis, the accounts in Job 1:6 Job 2:1 Job 38:7 testify that “the sons of Elohim” refer to the heavenly beings: the messengers of Elohim aka “angels”.

As a result of this act of defiance, offspring were born to the sons of Elohim, who appear to have been hybrids of humans and heavenly beings. Those half-human beings are called nephilim in Genesis.

According to the tradition, the nephilim descended from the fallen sons of Elohim, Shamhazai (Nidah 61a) and Azazel (Yoma 67b), who fell from heaven in the generation of Enosh long before the Flood. This tradition must have come from the first Book of Enoch, Chapter 6:1-8, which gives detailed description of the apostasy.

The sons of Elohim taught humans not only to do forbidden things but also corrupted the human flesh by creating a new race. Thus, the human genome was changed, the human race was corrupted, and therefore the necessity of its destruction. We have already pointed out in the article Nephilim Before and After the Flood – Time of Reckoning Ministry that the corruption of the human race was the reason for the Flood. Refer to the source for a complete explanation.

Today there is no crystalline firmament that was once the protective shield above the earth in the time of Adam. After the Flood the lifespan of man was reduced to 120 years and the allotted of mankind was limited to 120 jubilees: all because of the sin of mankind. We are very close to the end of the 120th jubilee.

Read more about the 11th sign, “As in the days of Noach” in Chapter The Signs of the Coming of the Messiah from the present author’s book The Reckoning of Time.