A Stranger on the Way to Egypt

The patriarch Ya’akov had now entered upon his father’s inheritance after his return from Mesopotamia, and the narrator of our story felt the necessity to begin with the genealogy of Ya’akov telling us know that his son Yoseph was seventeen years old. This strange beginning of the narrative with Ya’akov’s favorite son and especially with the notice of his age is introduced here with reference to the principal topic in the story: the sale of Yoseph and his descent to Egypt. As we will see in what is to follow, this was meant to prepare the way of the whole family to go down to Egypt, according to the revelation to Avraham that his seed would sojourn in a land that was not theirs.

The fulfillment of this revelation however began in an unusual direction: it began with jealousy. Yoseph was still young and while feeding the sheep with his brothers, he was bringing evil reports of them to his father.

Like Avraham and Yitschak, Ya’akov did not see through which of his sons the promised seed of the woman (see Gen 3:15) would come. Because of his favoritism and partiality to Yoseph, having caused so much unnecessary jealousy, he failed to see through whom the priesthood would come—all through the sons of the unloved wife Leah—Yehudah and Levi. In Egypt, however, Ya’akov would see the seed of the woman and would bless Yehudah,

The scepter shall not turn aside from Yehudah, nor the lawgiver from between his feet, until Shiloh comes. And to him shall the obedience of peoples be. (Gen 49:10)

The Sages are in agreement that Shiloh refers to haMashiach, the Messiah.

But the favoritism began long time ago in the land of Mesopotamia, where he favored Rachel over Leah.

YHVH saw that Leah was hated and He open her womb and she bore six sons and one daughter to Ya’akov, more children than all the other wives combined, each of whom bore only two sons.

And Yehovah saw that Leah was hated, and He opened her womb, but Rachel was barren. (Gen 29:31)

The Yoseph story, the longest narrative in Genesis, says much about the favored son, but does not tell us how Leah’s sons felt about that favoritism being the sons of the hated wife.

In the family, it would have been impossible for Leah’s children not to have known this, as surely, they had felt their father’s preference and resented it. And most naturally, the brothers cast this resentment onto their father’s favorite son Yoseph, as the phrase “they hated him” is repeated three times in Genesis 37 between verses 4 and 8.

This resentment must have been inflicted upon them especially when they understood that the return to the land of Kana’an was solely due to Yoseph’s birth,

Another indication of Ya’akov’s favoritism is seen in Gen 33:1, when he saw his brother Esav coming against him with four hundred men. To save his family, he divided it by placing his favorite wife Rachel and his son Yoseph last and Leah and the handmaids with their children in the front. Ya’akov chose to protect Rachel and Yoseph above all.

On the way from Shechem to Egypt

Yoseph, 17, was old enough to be aware of his older brothers’ knowledge that their father loved Rachel more than their mothers; and old enough to bring evil reports of them to his father (Gen 37:2).

The narrator of the story made us know the unhealthy environment in the family, when Ya’akov sent Yoseph to find his brothers and bring back a report on them. Ya’akov must have been aware of how his sons had felt being unloved, and despite the fact that they hated Yoseph, he sent him anyway in the wilderness to find them.

When Ya’akov sent Yoseph, he was probably very careful when he referred to the location where the brothers were supposed to be with the sheep: Shechem. As the history will confirm, Shechem was a place predestined for evil: (1) in Shechem Dinah was raped; (2) in Shechem Ya’akov lost his Yoseph; and in Shechem the kingdom of Israel was divided (1Ki 12:1).

But when Yoseph arrived in Shechem and did not find his brothers, he thought that his father had mentioned Shechem only as a likely place where he would find them, and he decided to go beyond Shechem. And something odd happened, when he got lost in the wilderness.

Failing to find his brothers in Shechem, Yoseph began wandering in all directions. He departed from the main road and started going in the fields, knowing that his brothers would be looking for good pastures for the flock. By now Yoseph was lost. Then a man found him in the field.

And a man found him, and look, he was wandering in the field. And the man asked him, saying, “What do you seek?” And he said, “I am seeking my brothers. Please tell me where they are tending the sheep”. And the man said, “They have left here, for I heard them say, ‘Let us go to Dothan'”. So Yoseph went after his brothers and found them in Dothan. (Gen 37:15-17) 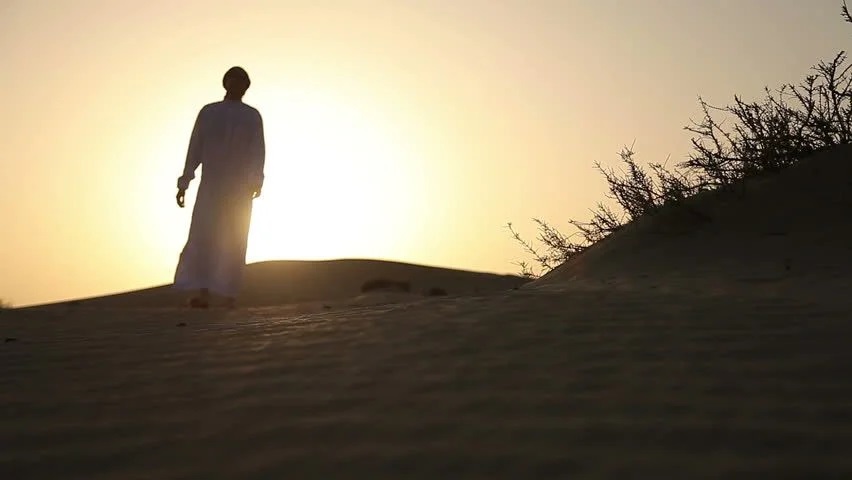 A stranger in the wilderness

The narrative is explicit to tell us that the young Yoseph was lost in the wilderness, and that a stranger found Yoseph, rather than Yoseph found the stranger, who was walking on his way. And with this the oddities of the patriarchs’ saga continue.

As there was no one else around but only two of them, the stranger asked Yoseph the question, “What do you seek?” Now, if Ya’akov was concerned so much about his grownup sons, why did he send his young son on his own to find them?

It seems that Yoseph assumed that the stranger must have known his family and the whereabouts of his brothers in particular.

And what do we know about this man? We are not told if the stranger was a shepherd, since there was no flock he was pasturing, nor are we told that he was doing something in the field. He was just there in the wilderness doing nothing. And what would a man do in the field alone in the first place? It seems that the stranger appeared to Yoseph, when he started straying from the main road.

To answer these questions, we need to choose one of the two possibilities: Either the stranger was a local man well known to the family, or Yoseph somehow felt that the stranger knew everything about his brothers. For the former there is no enough evidence to assume, as for the latter we need to start seeking additional information.

According to the Book of Yashar 41:22-23, the stranger who found the wandering Yoseph was a messenger (angel) of YHVH. We read thus,

But why would a messenger of YHVH appear to the wandering youth? Timing: it was all about timing.

Seeing that Yoseph strayed from the road and became lost, and that the caravan of the Ishmaelites was approaching, YHVH decided to intervene again. As we explained in the previous articles of the Patriarchs’ Saga, Heaven intervened (1) when the messenger stopped the hand of Avraham, who was about to slay his son Yitschak, and (2) when Yitschak intended to bless Esav.

Once more Heaven needed to intervene in the patriarchs’ saga. For it was decreed that Avram’s descendants were to wander in a foreign land and go down to Egypt to be afflicted, as it was foretold,

You shall surely know that your seed shall be strangers in a land that is not theirs, and shall serve them, and they shall afflict them four hundred years. (Gen 15:13)

“You shall surely know” was not said in vain; soon Ya’akov and his sons would realize it.

But until then YHVH had to send Yoseph a guide, His messenger, in order to unfold what was about to materialize. The messenger brought Yoseph into his brothers’ hands, so that he should be taken to Egypt where he would become a ruler.

Therefore, it was by necessity that YHVH had to send His messenger to bring Yoseph to his brothers, in order to fulfill what had been decreed that Israel should go down to Egypt. Because if left by the natural course of events, Yoseph otherwise would have turned back from Shechem, as he could not find his brothers. Clearly that was the hand of YHVH.

The fact that Yoseph had to encounter a stranger on his way to Egypt and experience a downfall was merely a preparation for his eventual elevation by which he would save the whole family from famine in the land of Kana’an.

All came to be by Heavenly plan 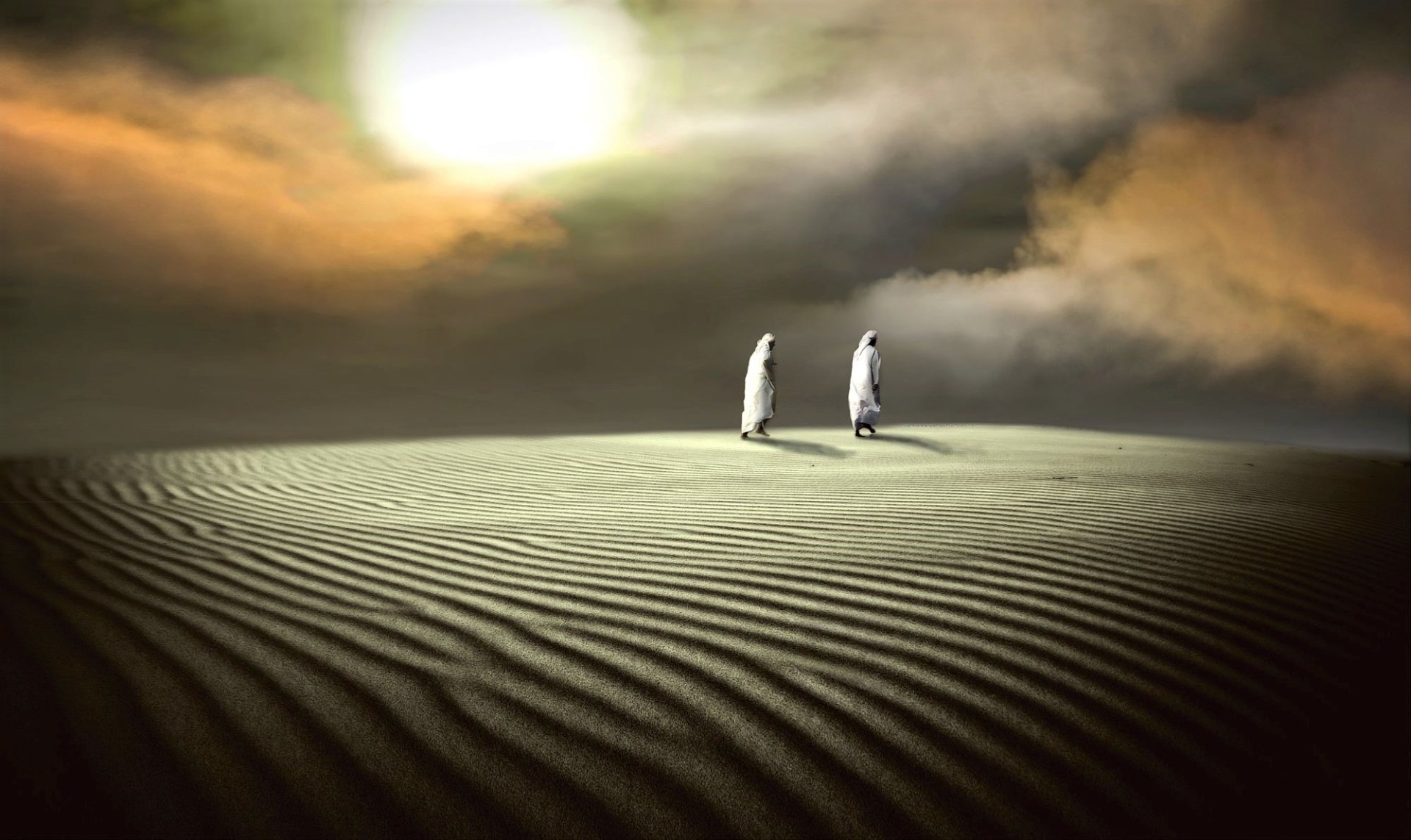 On the way down to Egypt

But why the events of selling Yoseph into Egypt had to transpire in that particular way, we are not given to know. And that is the whole point. We do not know with certainty to what extent human factors caused Yoseph to arrive in Egypt, or it was altogether an intervention from Heaven. As Yoseph explained to his brothers, it was Him who did all this,

And now, do not be grieved nor angry with yourselves because you sold me here, for Elohim did send me before you to preserve life. (Gen 45:5)

The psalmist too explains to us this conundrum combining the human and heavenly perspectives together in one psalm—Psalm 105. We read thus,

And He called for a scarcity of food in the land. He cut off all the supply of bread. He sent ahead of them a man, Yoseph, sold as a slave. They afflicted his feet with shackles, his neck was put in irons, until the time that His Word came, the Word of Yehovah tried him. … In order that they shall guard His statues and watch over His instructions. Praise Yah! (Psa 105:16-19, 45)

We will conclude with the words of Rabbi Tanchuma, who best understood the situation from both human and Heaven perspectives:

To what may this be compared? To a cow upon whose neck, they wish to place a yoke which she does not want and which she constantly casts off. What do they do? They move one of her calves to the place they wish the cow to plow. The calf starts bleating, and the cow, upon hearing the bleating of her calf, goes to that place, though against her will, for the sake of her offspring. In the same way, when the Holy One, blessed be He, wanted to fulfill the decree: “You shall surely know … (Midrash Tanchuma, Vayeshev 4:5)

And so, by intervention from Heaven Yoseph was sold into Egypt, and later Ya’akov and his sons went there to fulfill the decree of YHVH. Everything that happened was designed for them to go down to Egypt.