The Second Day of Creation

There is a peculiarity in the Creation story. All days of creation are declared good with the concluding formula “it was good”, but it seems that the second day, when the waters were separated above and below the expanse, was not declared good.

Sir Isaac Newton was a 17th-century British scientist, one of the most influential scientists of all time. He was a mathematician, astronomer, physicist, but also theologian who studied the Bible in its original Hebrew. He wrote,

After all, if the Bible is God’s Word and it reveals Truth, then the closer we get to the Truth in our presuppositions, the faster we will discover the Truth in the details.

To discover the Truth, very often we need to go through small details which very often are overlooked. Such a small detail is our question: Was the second day of Creation declared good?

And on the sixth day of creation, in which the mankind kind was formed, it was said,

And the seventh day, when the Creator completed His work of creation, He blessed and set it apart as a special day of the Creation and He rested on that day. Thus, the Creation week was completed and because of its completeness, He called it Shabbat (Sabbath Day).

All these days of Creation were declared “good” and rightly so, because His work in creation was indeed good. 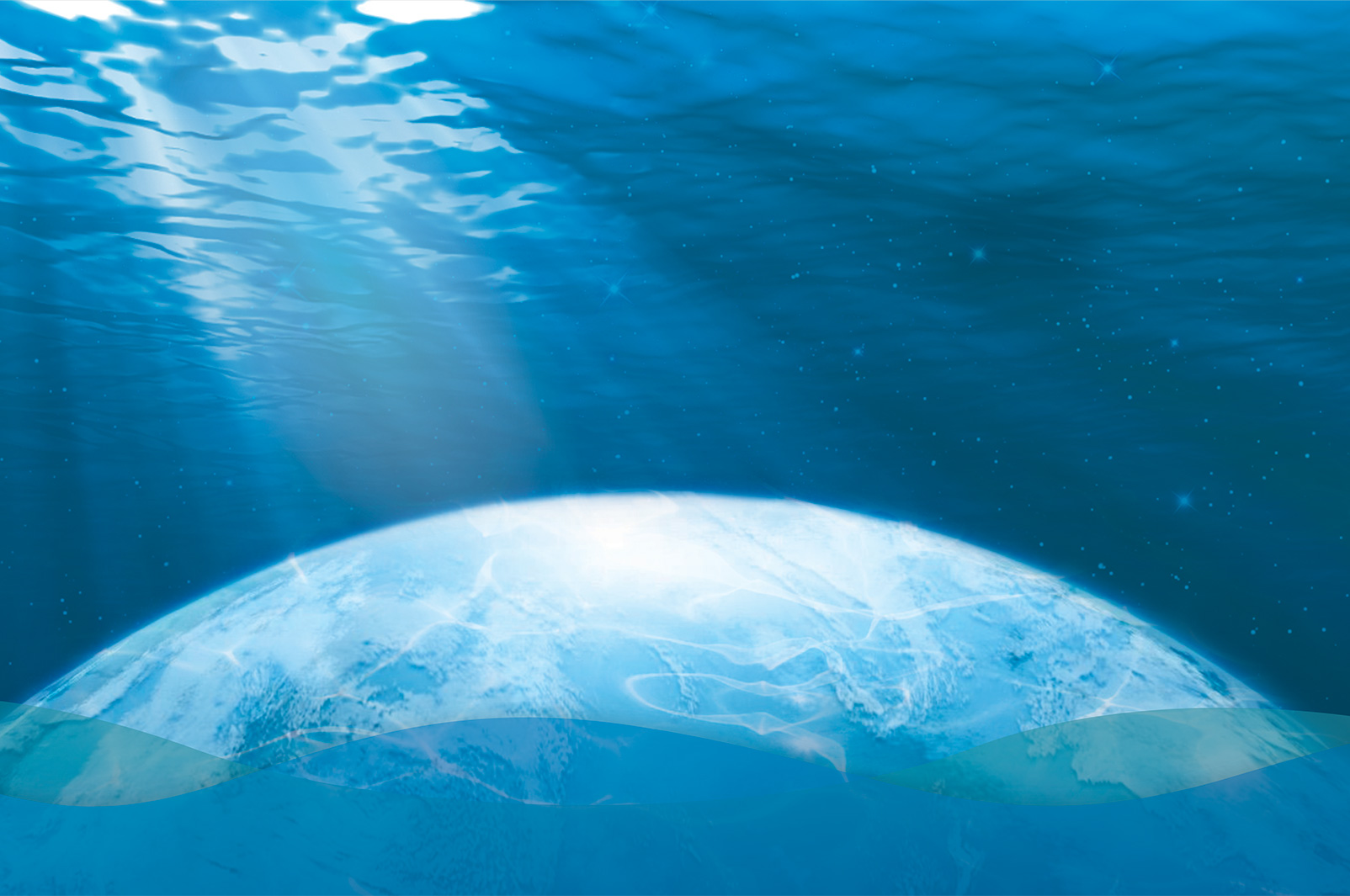 Why was the declaration “it was good” omitted concerning the second day, because it is just not there?

Let us fly over time and space and read from the Book of Job.

In the Book of Job, Chapter 26, describing the Creation, the author also described how the Creator stretched out the North over the empty space, and hanged the earth over nothing, He then formed the clouds until the end of the day,

He stretched out the North over emptiness, hanging the earth upon space, binding up waters in His thick clouds, and the cloud is not torn under them, covering the surface of His throne, spreading His cloud over it. He described a boundary on the face of the waters until the end of light with darkness. (Job 26:7-10)

Simply explained, these verses are recount of the creation of the second day in Genesis but this time referring to the institution of the gravitational forces that holds the universe together and the earth hanging on its North Pole in Cosmos.

The word צָפוֹן tsaphon, North, above signifies the northern sky as it appears by night, which is prominently mentioned, because there is the pole of the vault of heaven, which is marked by the North Star. Today, the North Star is Polaris, which is the brightest star in Little Bear, and to which the northern axis of the earth points. 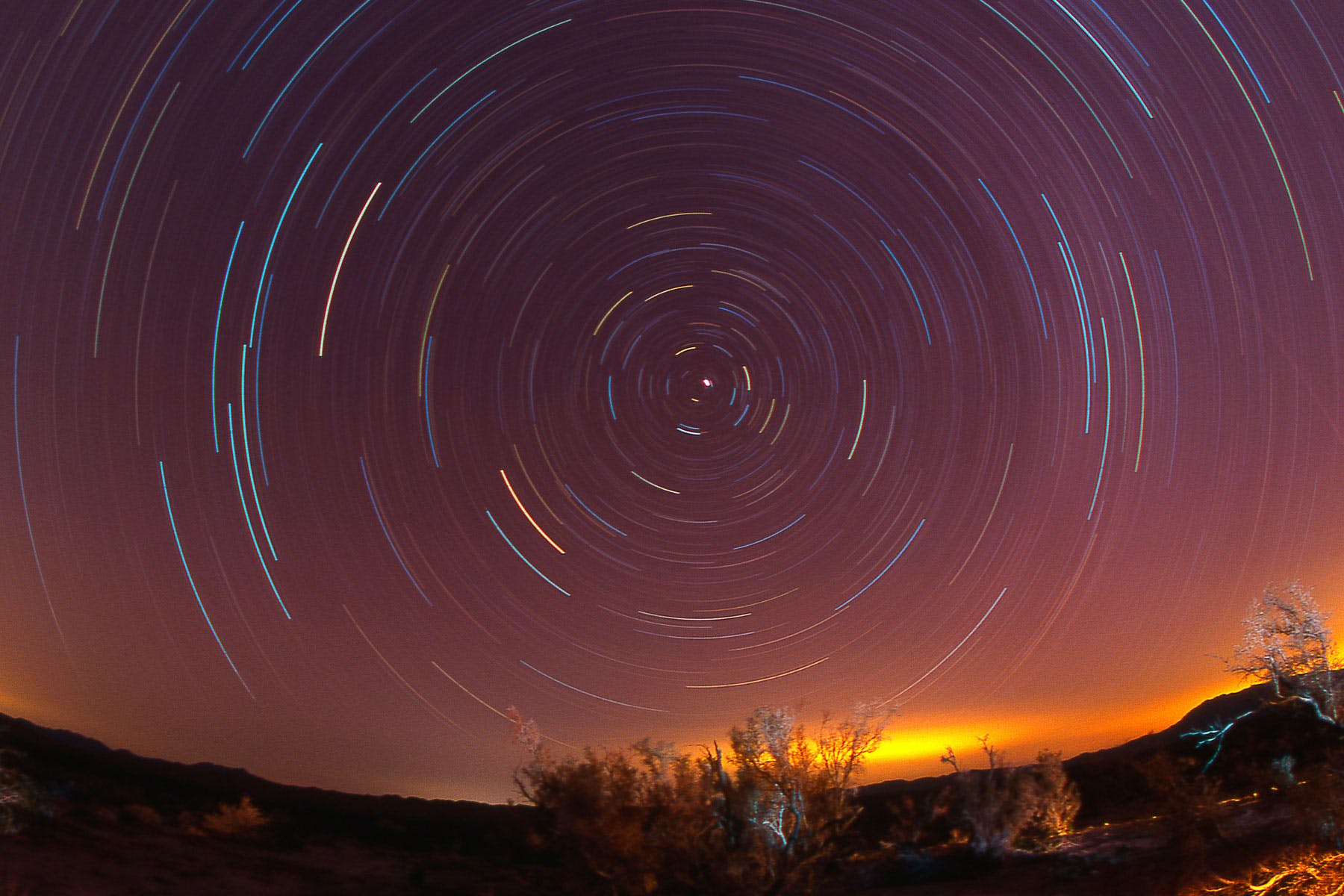 Polaris as the North Star in the day of Creation

And what Job describes is that the sky which vaults the earth from the arctic pole, and the earth itself, hang free without support in space.

Note: while the “enlightened” Church believed that the earth was flat sitting on the back of a beast and beyond its boundaries, the ships would fall into the pit of hell, the Scripture explains that the earth was round and hangs in the open Cosmos. The Church would stay in this “enlightenment” until a Jew by the gentile name “Christopher Columbus” sailed westward having King Solomon’s navigation maps for guidance.

Back to the Creation, the narrative goes on to explain how Elohim made the earth habitable. The primeval planet had been formless and void, and totally covered by water.

At His decree, vapor began to rise from the waters up to the firmament, which is the atmosphere, and formed the clouds. Afterwards, the Creator ordained that the remaining waters gather and form the seas, and thus dry land appeared, and the boundaries of the waters were established.

It was as a result of His laws of nature that the waters into the oceans and into the atmosphere were gathered and the dry land appeared.

This idea is expounded in Job 26, that the Creator has appointed a fixed limit to the waters with the conception that the earth is surrounded by the ocean, and the boundary line of light and darkness on the other side of which the region of darkness begins.

Hence, the expressions “and there came to be evening and there came to be morning” in Genesis 1 and “until the end of light with darkness” in Job teach us that the Creator has set a boundary line between day and night so that the day is to be reckoned from sunset until sunset.

As we explained in the book The Reckoning of Time, the Creator’s clock is based on the six days of creation, with each day corresponding to 1,000 years. Further, each day is divided into two equal halves – night and daylight. Each half is then divided into 12 equal sections, with each section being one hour. From sunset to sunset, 24 hours of the day are divided up.

Thus, we learn that any work must be finished in order to be declared “good”. Therefore, in Gen 1:6-8 we do not see “it was good” concerning the second day, because the work of creation was not finished.

But on the third day, the Creator completed the work in forming the oceans and seas and then He said about the second day, “it was good”,

This statement refers to the work in forming the waters that commenced on the second day and completed on the third day. Then, the work on creating the third day continued, when He decreed the forming the vegetation of the earth, as we read further in the narrative of the third day,

Thus, all days of creation were declared good and the Sabbath Day was blessed for us to observe.