The Prophecy of the 153 Fishes

There is a peculiar moment in Yeshua’s ministry that can puzzle anyone who seeks a deeper meaning of the words of the Son of Elohim. This peculiar moment is the catch of 153 fishes in the fishing net of His disciple.

Shimon Kepha and the other disciples went out fishing and that night they caught no fish. But early morning, they saw Yeshua standing on the beach who told them to throw the net on the right side of the boat that they should find fish. So they threw and caught so large number of fish they were no longer able to draw the net (Joh 21:3-6). And Yeshua said to them, “Bring some of the fish which you have now caught” (Joh 21:10).

Shimon Kepha went up and dragged the net filled with 153 big fishes. And though there were so many, the net was not torn. (Joh 21:11) And that was the third time Yeshua was manifested to His disciples after He was raised from the dead (Joh 21:14).

Why exactly 153 fishes filled the net? Why is this exact number given, and not a rounded number of 150 fishes, or simply “a lot of fish”, if there was not the need to point out the exact number of fish caught in the net: 153 fishes?

Unfortunately, Yeshua the Messiah who knew the exact number of fishes, while they were still in the net, has given us no interpretation on the 153 fishes in a form of parable. And since this number is so peculiar and its revelation is by no means accidental, we will attempt to find an explanation as to its deep meaning.

In Hebrew language there were (and still are) no numbers; neither were there in Greek, nor in Latin. If a number was to be expressed, a Hebrew letter was used instead. For example, number 1 would be the first Hebrew letter: alef; number 2 would be the second letter bet, and so forth. Hence, we have the alefbet, named after the first two letters. From Greek, it will be “alphabet”.

This “lettering” is used in the Scripture and in the ancient Semitic world to denote any number: from numbers of days and months to even daily trade operations such as the number of caught fishes; it was very practical. The numbers we know today were not in existence.

Below is the chart of the 22 Hebrew letters with their corresponding numerical values. 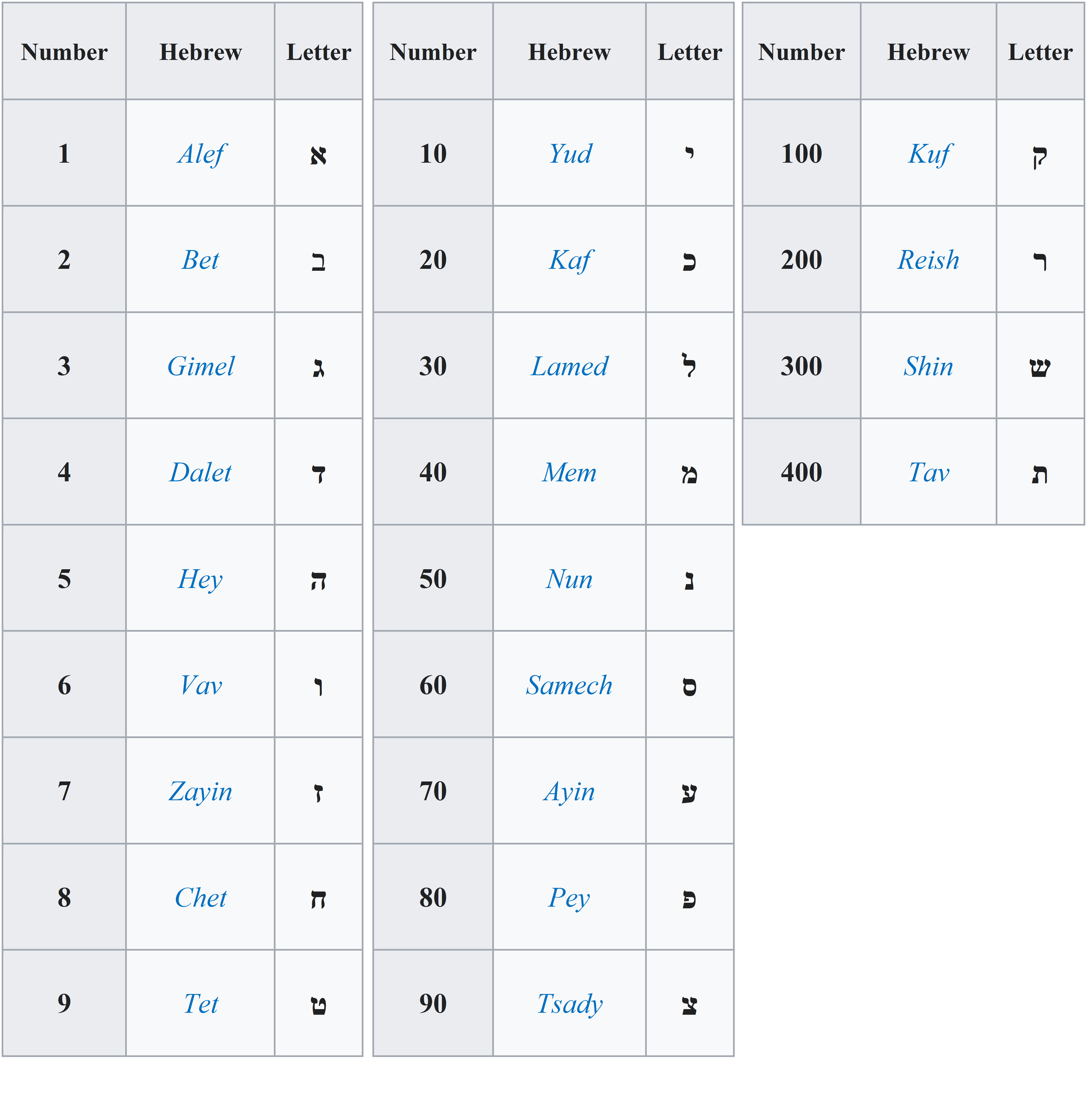 In their wisdom, the Sages went even further to assign a number to a word or even phrase. This is known as “gematria”. Gematria comes from the Greek γεωμετρία geometria, or geometry.

Later, gematria takes the form of a cryptograph in searching of hidden meanings of a word, name, or a whole phrase, whose letters have numerical values. Thus, gematria became a method of explaining the Hebrew Scriptures by means of the cryptographic significance of the words.

The Hebrew words that correspond to number 153 in “153 fishes” are האלהים  בני benei haElohim: “the sons of Elohim”.

The 153 fishes gathered in the net

We read from Hosea wherein find the expression “the sons of Elohim”,

Yet the number of the sons of Israel shall be as the sand of the sea, which is not measured nor counted. And it shall be in the place where it was said to them, “You are not My people, they shall be called, You are the sons of the living El[ohim]”. And the children of Yehudah and the children of Israel shall be gathered together, and appoint for themselves one head, and shall come up out of the earth, for great is the day of Yizre’el*! (Hos 1:10-11) *Hebrew for  “Elohim sows”.

It appears in this prophecy that by the “sons of Israel” (by implication “the children of Israel”) the rejection of the ten tribes of Israel predicted in Hosea 1 was meant, and the promise made to the patriarchs in Gen 22:17 that the descendants of Avraham, Yitschak, and Ya’akov-Israel shall certainly increase as the stars of the heavens and as the sand was not kept.

But by plain reading of the text, this appearance is not to be understood as if referring to Israel as a whole, but to the ten tribes only about which the prophecy was concerned. Theses ten tribes would be known later in the history as the lost ten tribes of Israel.

But the prophecy continues to also provide the redemption of Israel when the division of the nation into two kingdoms is to cease, and the house of Israel (the ten tribes) is to return again to YHVH with one king on the throne: King David (see Hos 3:5). The reason assigned for this promise is found in the words “for great is the day of Yizre’el”.

How does the prophecy in Hosea relate to John 21 and the 153 fishes caught in the net?

We should recall the words of Yeshua the Messiah when He was sending His disciples among the nations,

Do not go into the way of the nations, and do not enter a city of the Samaritans, but rather go to the lost sheep of the house of Israel. And as you go, proclaim, saying, “The kingdom of the heavens has drawn near.” (Mat 10:5-7)

After the ascension of the Son of Elohim to heaven, the disciples loyal to His words, went eastward and reached as far as India and China, and only in the last decades were these lost tribes of Israel discovered and recognized to be a part of Israel.

Yet, another Hebrew word responds to the number 153, but this time not to fishes but the passover lambs for the Festival of Unleavened Bread: Pesach.

In Hebrew הפסח haPesach, the Passover Lamb, equals to 153.

With that being said, we can conclude that Yeshua the Passover Lamb of YHVH gave a sign to His disciples as to what to do when He would ascend to the Father in heaven, namely, to go among the nations and catch the 153 fishes in the net: the ten lost tribes of Israel. Faithful to His command they did exactly that.

All who are obedient in the devout service of YHVH Elohim, He calls them His sons. Just as a son obeys his father, so are we to obey the Father, in order to be called “the children of Elohim”. And so in the verse, You are the sons of Yehovah your Elohim … (Deu 14:1)