Plucking the Grains and the Laws of Men

Does the Torah allow trespassing of private property and taking advantage of the produce of the land? But it appears that Yeshua and his disciples entered unlawfully on someone’s property and ate some of his produced. The Torah however offers no possibility that any person could enter someone’s field at any time for any reason and eat the produce of the land. Such a trespassing would fundamentally interfere with a person’s right to hold private property. That would be an act of taking something from someone unlawfully.

So, this question may sound absurdly but as we will see below it becomes necessary to ask when we come to passages like this one in which we read (parallel reading in Luk 6:1 and Mar 2:23-28),

At that time Yeshua went through the grain fields on the Sabbath. And his disciples were hungry and began to pluck heads of grain and to eat. (Mat 12:1) 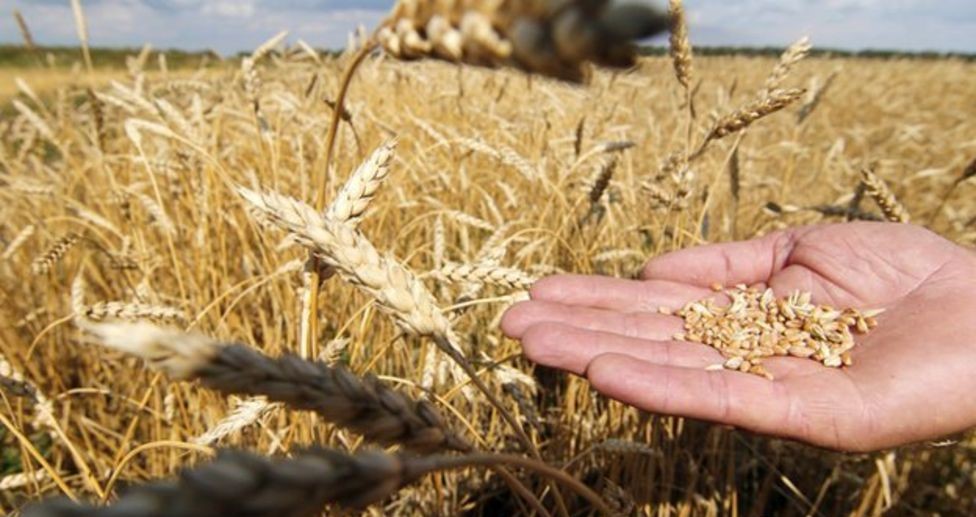 Plucking the grains and the laws of men one at a time.

No explicit limits were given in the Torah to this basic principle of protecting the private property that leave the open possibility of trespassing. And if the law says, “Do not remove your neighbor’s boundary, which those in the past have set” (Deu 19:14), most certainly the law too is concerned about protecting the fruits of the land and cannot grant the right to anyone to enter someone’s land and eat his produced.

The possible argument that the disciples were hungry does not justify or excuse the violation of the laws of property. Because if Yeshua was able to feed five thousand people with bread (Mat 14:15-21, Luk 9:12-17, Joh 6:5-13) and on another occasion the four thousand (Mat 15:32-38), he most certainly could have fed the few. Imaging if four thousand people were to go through the grain fields that Sabbath.

And speaking of Sabbath, when the Pharisees saw that disciples were plucking heads of the grain and eating, they said to Yeshua,

Look, your disciples are doing what is not right to do on the Sabbath!” (Mat 12:2)

It is apparent that the Pharisees were overconcerned about the violation of the Sabbath under the forbidden rule of plucking grain. But as to trespassing in someone’s field, the Pharisees did not concern themselves and said nothing.

The forbidden rule of plucking grain? What rule in the Torah forbids this?

The right use of the Sabbath

There was conflict between Yeshua and the Pharisees on the matter of adding laws to the Torah and presenting them is if they were from YHVH. The Pharisees became so jealous over the Torah that the Rabbis went even further to create “fences around the Torah” (that is the “Oral Law”, the Talmud), so that no Jew would even come close to breaking the laws of YHVH. We find references to the “Oral Law” in the Apostolic Writings in which Yeshua drew a distinctive line between the Torah of His Father and the “tradition of men”, the Talmud.

It was this “Oral Law” that Yeshua challenged the Pharisees to, for they burdened the people with many man-made observances not written by Mosheh. Yeshua however wanted the people to return to the Torah. This is why we see all these disputes between Yeshua and the Pharisees. We should recall that Yeshua did not have disputes with the Sadducees, who saw only the Written Torah, as the sole Word of YHVH, but with the Pharisees, who invented the so-called “Oral Law”.

The Pharisees had introduced a large number of minute and absurd restrictions on Sabbath observance. At his first coming the Mashiach also had to recover his Father’s Sabbath from the Pharisaic burden as the day of rest for the people. He never hesitated to work miracles of healing on Sabbath at defiance of the Pharisees and their innumerous rules and regulations (Hebrew, takanot and ma’azim).

But in particular, there was conflict between Yeshua and the Pharisees on the plucking and rubbing of wheat on that Sabbath.

Eat at pleasure on the field

Let us also consider another Torah law that says,

The verses seem to suggest that one might eat at pleasure to satisfy the hunger, as long as he does not to put anything into a vessel or use a sickle on the grain, meaning to carry away any store of grapes or grains. That is to say, he is not allowed to gain any profit or advantageous quantity at the expense of the landowner.

However, a careful reading of the text shows that this law speaks not of any and all passersby but only of laborers hired by the landowner who have the right to eat of the produce on which they are working. And indeed, these must be the laborers, otherwise who but laborers walk around with sickles and vessels to reap and collect the grain.

The Sages have thus deduced that these are agricultural workers, who are allowed by Torah law to eat of whatever the land has produced, as long as they do not use their sickles but eat from what they could pluck with their hands, that is, not too much. And what they have plucked with their hands, they are not allowed to take it home. The verses also seem to suggest that only the produce from the earth is meant, not animal products like milk, meat, eggs, etc.

The Torah in the law of Deu 24:19-22 considers also the poor. This law obliges and even charges the owner of the land, when he reaps, to “forget” a sheaf in the field and not to go back to fetch it and let this sheaf be for the stranger, for the fatherless, and for the widow, so that YHVH might bless him in all the work of his hands. Thus, for the olive trees and for the vines. By doing this command, the farmer will remember that the Israelites were slaves in Egypt without land, as the stranger, the fatherless, and the widow are.

These verses are therefore interpreted by the Sages to mean that the Scripture is speaking of a worker who enters his employer’s vineyard to work there, not of passersby like Yeshua and the disciples. In such a case the workers who are employed in processing produce of the earth are allowed to eat from the produce, but passersby are not.

What it takes to change the meaning of a verse

The words in question “place” and “one” are not present in the Greek text and are added in KJV for “clarification”. This “clarification” however changes the plain meaning of the text. By inserting the unnecessary word “one”, the English text suggests that Yeshua speaks of himself, i.e., “I am greater than the Temple”. This sounds peculiar as we have not read anywhere that Yeshua exalted himself above the Temple of YHVH, and common sense does not allow us to say that.

Truly I say to you that this is greater than the Temple. And if you had known what this is, “I desire kindness and not sacrifices”, you would not have convicted the innocent. For the son of man(kind) is a master of the Sabbath. (Mat 12:6-8 Hebrew text)

Seeing the intent of the Pharisees to accuse his disciples of transgressing their man-made rules, Yeshua brought up the case in which David and his soldiers ate from the bread in the Tabernacle fleeing from their pursuers: something indeed unlawful for him to do. In other words, Yeshua was saying, “If David who broke the Torah was not punished for this, why are you accusing the innocent of breaking your rules that are not even laws of the Torah”.

By saying this, Yeshua taught the Pharisees that the strict observance of the laws of the Torah was important, that must be done, but mercy was more important than this, for he who shows no mercy, no mercy will be shown to him either.

So, what law of the Torah did Yeshua and the disciples violate, and did they violate anything at all? Because it should not come to mind that the Mashiach had violated his Father’s laws and taught his disciples to do the same.

The Law of the Sabbatical year

The occurrence in Matthew 12 could have taken place only when one condition had been met, with which we will preclude this study.

The laws of the Sabbatical and Jubilee years teach that six years the farmers are to sow the fields and prune the vineyard and gather in their fruits, but in the seventh year (the Sabbatical year) the land is to have its rest; this is a Sabbath to YHVH. In that year, no work is to be done in the fields, for it is a year of rest for the land (Lev 25:3-5).

These laws teach us that as the real landowner YHVH Elohim can command the Israelites how to manage their land and crops obliging them to allow the poor in the land free entrance to the fields and access to produce that can be eaten on the spot.

These laws also teach us that the land is without ownership during the Sabbatical and Jubilee years. And although the ownership of the land is prohibited, the eating of its produce is not, as long as the landowner does not treat it as if he were its owner these years. Rather, everyone is considered equal regarding its produce: the landowner, his servants, hirelings, settlers, the poor.

The medieval Tanak commentator Rashi (Rabbi Shlomo Yitzchaki, 1040–1105) comments on the laws of the Sabbatical and Jubilee years thus,

Since Scripture says regarding Shemittah (the Sabbatical year), “and the poor of your people shall eat it” (see also Exo 23:11), one might think that it [the produce of the Shemittah year] is prohibited to be eaten by wealthy people. Scripture, therefore, says here, “for you, for your male and female slaves”. We see that the wealthy owners and the male and female slaves are included here to permit them also to eat of the Shemittah year produce.

The produce of the land therefore is to be a common good for man and beast, but the owner is not forbidden to eat from it, so that all be equal in the Sabbatical and Jubilee years: rich, poor, and beasts. The Torah thus stands behind Yeshua and his disciples. They did not violate any law, and Yeshua would not have allowed his disciples to violate any law of the Torah; the Torah allowed them to eat from the produce of the land in the Sabbatical year.

And indeed, if a quick reference in the Jubilees Table in the present author’s book The Reckoning of Time is made, it will be demonstrated that the year was Sabbatical: 3992 from the creation of the world, or year 3985 of the Redemption Plan (27 A.D.) In that year, Yeshua called the disciples after the Feast of Tabernacles (see Luk 4:16-19), and when the grain was ripe, they entered the field and ate from produce of the land.