How Leah destined the priesthood of Levi

How many people know that the unloved wife of Ya’akov Leah spoke prophetically and thus destined the priesthood of her third son Levi?

All the other eleven children of Ya’akov were named by their mothers, as it is written “And she called his name”. The exception is with the youngest of Ya’akov’s sons whom Rachel called Ben–Oni “son of my sorrow”, but Ya’akov called him by the name Binyamin “son of the right hand”.

But in Gen 29:34, at the birth of Ya’akov’s third son Levi we find a different expression used only here.

We read from the Jewish Publication Society translation thus,

And she conceived again, and bore a son; and said: ‘Now this time will my husband be joined (lavah) unto me, because I have borne him three sons.’ Therefore was his name called Levi. (Gen 29:34 JPS)

As it is customary in the Scripture, here too the names of the children of Ya’akov are called according to the meanings their mothers had given them; לָוָה lavah, meaning “to unite, cleave, join” and לֵוִי Levi, “attached, joined, a companion”.

But what is peculiar here in our verse is that we do not see that Leah had named her third son Levi. Instead, we find the impersonal expression “his name was called”.

The third person passive voice “he was called” or “his name is called” does not give the idea who actually named Levi: Leah or Ya’akov? So, who called him Levi, and why is it important to know it in the first place?

Leah, Levi, and the priesthood

In Hebrew, the phrase in question  לֵוִי  עַל־כֵּן  קָרָא־שְׁמוֹ is translated in all Bibles as “Therefore was his name called Levi“; as it also appears in JPS.

However, there is a little problem with this translation.

If it had been meant for the Torah to write “his name was called Levi”, we should have expected to find the primitive verb קָרָא kara, “to call”, in third person, masculine, singular, perfect tense, passive voice, i.e. נִקְרָא nikra, “he was called”. And if we say that Leah had named his son, we would have found קָרְאָה karah, “she called”.

Literally, our phrase says, “this is why he called his name Levi”. But the phrase “this is why” begs for the question, “Why is he called Levi?” And who is “he” that called him by this name in the first place?

The immediate context suggests that it was Levi’s father Ya’akov. But this could have been very questionable, since Leah was unloved by her husband; and besides, we should not expect to see Ya’akov personally involved in the naming of a son from his unfavorite wife.

When YHVH saw that Ya’akov loved Rachel more than Leah and that Leah was unloved, He opened her womb and kept Rachel barren. Leah conceived and bore her first son, and she called his name Reuven, for she said in herself, “For YHVH has looked on my affliction, because now my husband is going to love me”. But she was not.

And she conceived again and bore her second son, and said, “Because YHVH has heard that I am unloved. And she called his name Shimon” (Gen 29:30-33).

Ya’akov still loved his favorite wife Rachel more than Leah, who did not find favor in her husband she loved so much, even though she bore Ya’akov’s first sons.

Note: In Rabbinic writings and commentaries, it seems that more preference is given to Ya’akov’s beloved wife Rachel over the unloved Leah. This favoritism perhaps comes from the favoritism the patriarch himself showed to Rachel. But Leah was not the only wife Ya’akov did not love. What seems to be completely forgotten is the fact that the patriarch Ya’akov had other wives he did not love. But for more insight on this side of the story refer to “The forgotten matriarchs of Israel“.

She conceived again with her third son, as she hoped that this time her husband would joined to her in love, and He called his name Levi, “companion”.

“He” refers to YHVH.

YHVH named him Levi, because He saw how much the unloved wife was suffering, that He showed her that she was still loved; He attached her son to Him closer than the other sons of Ya’akov would be.

And when the children of Israel sinned with the golden calf, YHVH remembered the unloved Leah and replaced the firstborn with the children of Levi for the everlasting priesthood. YHVH chose Levi to be His priest and his descendants to serve Him in the Temple. 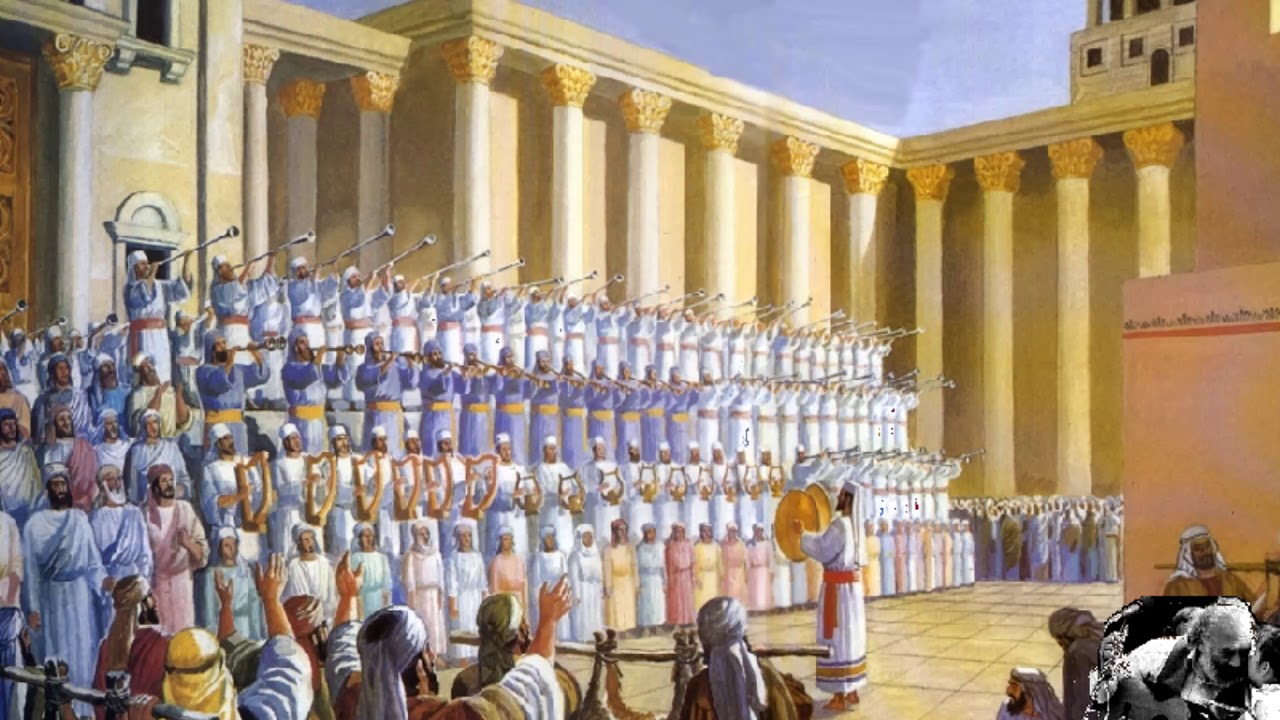 The Levites at the Temple

This is why the author of Genesis did not utter the word קָרְאָה karah, “she called”, as he had done with the first two sons of Leah, but קָרָא kara, “he called”, because it was YHVH who named Levi.

But the Leah story did not stop here. The unloved wife destined the fate of her fourth son, this time for the kingship of Israel—Yehudah—because she said, “This time I will thank Yehovah!”

For another controversial translation, refer to the article “Because a child is born to us, his name will be the Prince of Peace“.