Hebrew language, in its origin, belongs to the Semitic group of languages: the languages of the descendants of Shem son of Noach.

Historically, Hebrew is regarded as the language of the Israelites, and after the fall of the Northern Kingdom of Israel to the Judeans. The language was not referred to by the name “Hebrew” in the Hebrew Scripture itself, yet its language is indeed Hebrew.

In this study, we will explain the origin and development of the Hebrew language, as we will start with a strange story in the Book of Genesis. 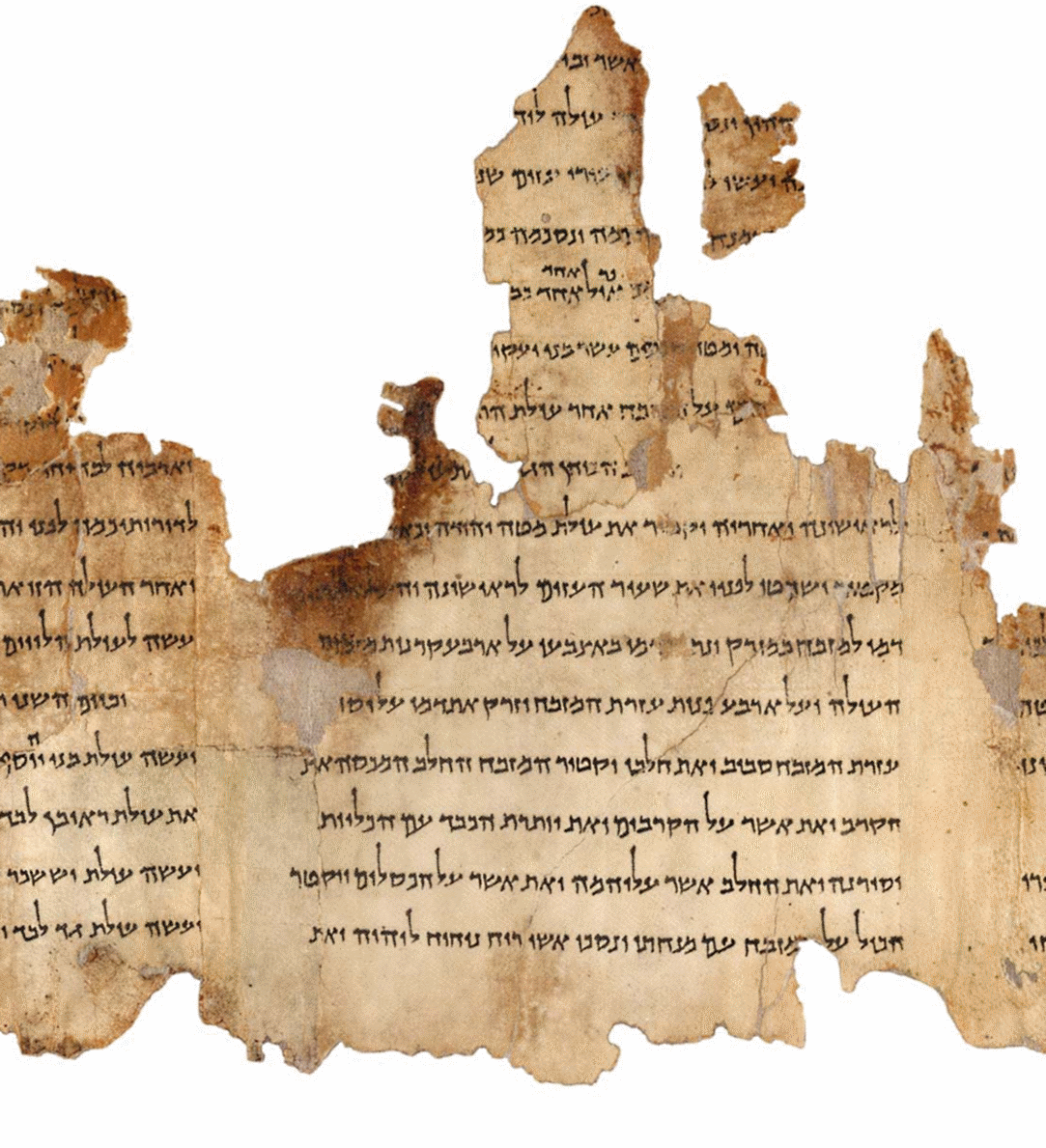 The strange story in Egypt

The sons of Israel went down to Egypt to buy grain, because there was scarcity of food in the land of Kana’an. Yoseph was the governor over all Egypt who was in charge of selling grain. The brothers came and bowed down before him with their faces to the earth. Yoseph immediately recognized his brothers and remembered the dreams which he had dreamed about them.

Because he was dressed like a noble Egyptian, they did not recognize him. He spoke to them harshly, “Where do you come from?” And they said, “From the land of Kana’an to buy food.” And Yoseph said to them, “You are spies! You have come to see the nakedness of the land!” (Gen 42:1-9)

We should notice that there was something very strange in the whole conversation between the Egyptian and the brothers.

The strange thing is not that the brothers had not recognized Yoseph: years had passed by, Yoseph was smoothly shaved, according to the Egyptian culture, and dressed like an Egyptian official.

This strange thing continues to persist in the narrative until verse 23 in which we are finally told,

And they did not know that Yoseph understood them, for he spoke to them through an interpreter. (Gen 42:23)

Yoseph spoke to them through an interpreter. This interpreter spoke Hebrew to the Hebrews.

We should note here that the only Hebrews on the face of the earth were Ya’akov and his sons. At that time the Hebrews were just one family in the land of Kana’an and there were no other Hebrews living around the known world, as it is today.

Indeed a member of this family was sold as a slave in Egypt, but that was not alarmed enough for the brothers to ask the question as to how a non-Hebrew (the interpreter) would have learned to speak their language. We know that the Egyptian was Yoseph, but the brothers did not know that.

They did not ask this question even in the next encounters with the Egyptian, which makes the whole story even stranger.

Of course, the brothers had not forget that they had sold Yoseph to the Ishmaelites who were travelling to Egypt. But they could not have possibly accept the unthinkable that a slave could have become not just any high ranking official in the world empire, but a viceroy, only second to Pharaoh. Nevertheless, they should have asked themselves the question.

This interpreter could have spoken Hebrew language only if he was taught by Yoseph himself, the only Hebrew in Egypt.

From Genesis Rabbah 91:8, Targum Jonathan, Targum Yerushalmi, we learn that according to the Jewish tradition, this interpreter was none other than Yoseph’s son Menasheh. Whether the interpreter was Menasheh or Ephrayim, the story begins to make much more sense for us, but not for the brothers; they knew that they were the only Hebrews.

But, were they really the only Hebrew who spoke the Hebrew language?

The brothers knew that they were not the only ones who spoke Hebrew, and that is why they did not even question (unlike us) the interpreter.

The language spoken by Eisav

The sons of Ya’akov were not the only Hebrews in existence at that time. Eisav, also called Edom, was a twin brother of Ya’akov, both sons of Yitschak.

Since we know that Ya’akov-Israel, the patriarch of the Israelites, spoke Hebrew, his twin brother Eisav too must have spoken the same language, because Hebrew was the language spoken in Yitschak’s family.

His ethnicity and language were not changed, because he was wicked. Nor was he less Hebrew than his brother Ya’akov; Eisav was still a son of Yitschak.

When Eisav was forty years old, he took two women from the Hittites for his wives: Yehudit the daughter of Beeri the Hittite, and Basemath the daughter of Elon the Hittite. That marriage with women outside of the family brought grief to his parents (Gen 26:34-35).

It is interesting to note here that the Hebrew name יְהוּדִית yehudit, is a feminine of יְהוּדִי yehudi, which means a descendant of יְהוּדָה Yehudah (known by the misnomer “Jew”).

The word יְהוּדִית yehudit, can also be used adverbially for the language spoken by the tribe of Yehudah, although there is no indication that such distinctive “Jewish” language had ever existed.

The only time we found yehudit to refer to a spoken language is in 2Ki 18:26, but in this case the context suggests the language spoken in the Kingdom of Yehudah, i.e. Hebrew, and not an origin of a new language.

Meanwhile, Ya’akov left Yitschak and Rivka for fear of his brother who wanted to kill him and went to the land of his mother, where he would found his own family.

When Eisav saw that the daughters of Kana’an did not please his father Yitschak, he went to Ishmael and took Machalat his daughter to be his wife, besides the wives he had (Gen 28:8-9).

When his possessions were too great for his posterity to dwell together, and the land could not support them because of their herds, Eisav took his wives, his sons, daughters, and all the servants of his household, and went to the land of Mount Seir on the east side of the Yarden (Gen 36:6-8).

By the time Ya’akov would return to Kana’an, his brother Eisav had already become a nation of his own. The size of his clan may be defined by the size of his army he gathered, when he came to meet his brother: 400 men of war (Gen 33:1) For the genealogy of Eisav see also Genesis 36.

When Eisav became a separate nation known as Edom, the spoken language started drifting from the original Hebrew, but not to the extent to become a distinctive language.

The ethnicity of the Edomites too started gradually changing with the marriage of Eisav with the Kana’anitish women and the daughter of Ishmael, and over the centuries Edom would become a separate nation.

But, by the time Ya’akov went down to Egypt, the Edomites were still speaking the language of their origin: Hebrew.

The language spoken by Lot

Terach brought forth Avram, Nachor, and Haran. And Haran brought forth Lot. This makes Lot Avram’s nephew. When YHVH Elohim bid Avram to leave the land of his father and go to the land of Kana’an, Avram took with him not only his wife Sarai (Sarah) but also his nephew Lot: something he was not told to do. For more insight on this subject, refer to the article “The mistakes Avraham made“.

Avraham and Lot moved to Kana’an but when it became obvious that they had become two big households, they separated as Lot moved to Sodom.

Lot is never mentioned again. Separated both outwardly and inwardly from Avraham, he was of no further importance in relation to the history of the Hebrews, so that even his death is not referred to. Read more in the article “The time when the Hashemite Kingdom of Jordan will exalt against Israel’s borders“.

Now, what was the language spoken by Lot? The language Lot spoke must have been the same language Avram and Haran, the father of Lot spoke, since Lot was a part of the family.

Our patriarch Avraham was first called “Hebrew” in Gen 14:13, when he was still known by the name Avram.

The word for a “Hebrew” person is עִבְרִי Ivriy that comes from the verb עָבַר avar which means “to cross over”. It is believed that Avram was called Ivriy because he crossed over the Great River and entered the land of Kana’an. Hence, a “Hebrew” is “one who has crossed over”.

An alternative explanation is that Avram was called Ivriy after the name of his righteous ancestor: Ever (Gen 10:21), whereas עִבְרִי ivriy, is a patronymic from עֵבֶר Eiver, the patriarch Ever, the great grandson of Shem, and from whose lineage Avram was born.

The name Ever also comes from the same verb avar thus making it highly possible that the righteous Ever is the father of the Ivriy (Hebrew) people and Avram was first called such after him.

We should note that when Avram was first called Ivriy (Hebrew), whether on the account of his ancestor or not, his ethnic identity and language did not change. He was still a Semite (a descendant of Shem) speaking the language of his family.

However, something was indeed changed. The language spoken by the patriarch Avraham obtained a new name on the account of his calling: Ivrit or “Hebrew”.

The language spoken by Ishmael

They settled in the desert between the Red Sea and the Persian Gulf, where Ishmael beget twelve sons and became a great nation. Today, Ishmael is considered the progenitor of the Arabs, and the land he occupied is known as “the Arabian Peninsula”.

Now, if Ishmael was born and raised in Avraham’s house, he must have spoken the same language Avraham spoke: Hebrew. Over the centuries the Hebrew, his descendants spoke initially, would too drift away from its origin to its own development to eventually become a separate language. This language is known today as “Arabic”: akin language to Hebrew.

That the Ishmaelites had spoken Hebrew can be seen from the fact that the brothers successfully negotiated the deal of selling Yoseph.

And Avraham took another wife, and her name was Keturah. Keturah bore him six sons: Zimram, Yokshan, Medan, Midian, Ishbak, and Shuah.

According to the Book of Jubilee 19:11, Avraham took Keturah for his wife from among the daughters of his household servants to become his third wife (Sarah being the first, Hagar the second). She gave birth to Avraham’s six sons within fourteen years.

Avraham’s marriage to Keturah is generally supposed to have taken place after Sarah’s death. According to The Book of Jubilee, Avraham took Keturah “for Hagar had died before Sarah”. This leaves no room for the supposition made by some scholars that Avraham remarried Hagar after the death of Sarah, i.e. Keturah was Hagar.

Since, Keturah (her Hebrew name comes from the Hebrew word קְטֹרֶת ketoret, the incense offered in the Temple) had been born in Avraham’s house, she must have spoken Hebrew, the language of Avraham.

One of Keturah’s sons was Midian, the father of the Midianites, and also his country- Midian. We should recall that from the lineage of Midian the father-in-law of Mosheh Yitro the priest of Midian came out. Midian was that land where Mosheh fled to from Egypt (Exo 2:15-16).

In Midian Mosheh married Yitro’s daughter Tsipporah from whom he had two sons: Gereshom and Eliezer.

Mosheh alone returned to Egypt to take his people out the land of bondage, but they reunited at the Mount of YHVH Sinai. It is unclear though whether Yitro joined Israel for the journey to the Promised Land (most likely Yitro returned to his land). But his sons did joined Israel and thus they became part of the nation of Israel.

If this is so, then it explains why the brothers were not surprised at all to hear their language spoken in Egypt.