Fear of the Name of YHVH

The Creator of the universe YHVH is known to those who fear Him with His true Name. But He is also known with His titles or attributes by which He manifests Himself to the finite world.

However, will the world give him the due honor when He will manifest Himself once more? 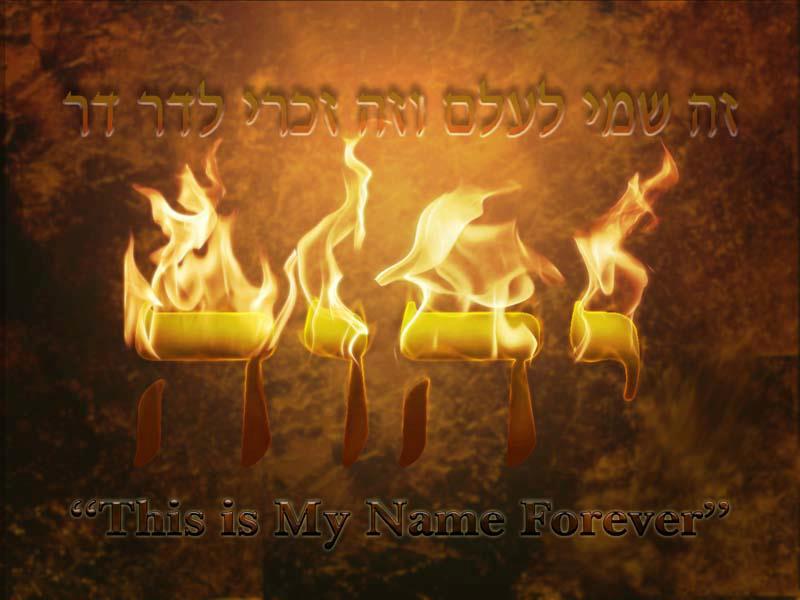 YHVH – the letters of fire

When the Name of YHVH makes itself known once more as with letters of fire on the horizon, all the world form west to east, from east to west, will begin to fear Him, as it is said,

According to their deeds, so He repays, wrath to His adversaries, recompense to His enemies. He repays recompense to the coastlands. And they shall fear the Name of Yehovah from the west, and His glory from the rising of the sun, when distress comes like a flood, the Ruach of Yehovah drives in it. And the Redeemer* shall come to Tsiyon, and to those turning from transgression in Ya’akov,” declares Yehovah. (Isa 59:18-20)

*Ibn Ezra identifies the Redeemer in Isa 59 as the Messiah of YHVH.

Then, in the final war of this world — the War of Gog of Magog — the people will see that the Name of YHVH will be manifested on His people Israel so that they will fear of them,

And all peoples of the earth shall see that the Name of Yehovah is called upon you, and they shall be afraid of you. (Deu 28:10)

Below are the names and attributes of the Most High translated as literally as possible:

* This “variation” appears to be a scribal rule rather than another Name of the Most High. It is used only after “Adonai” with the vowel points of “Elohim” perhaps to prevent the repetition of the same sound. For more insight of the Name of the Most High, see the article “The Hebrew Yehovah vs the Roman Yahweh” and the series The Name of YHVH.

+ See the article “The Oneness of the Creator“.

^ Literally “Adonai” means “Master of”. It comes from royal plural form “Adonim” of “Adon”. Such translated “Adonai” requires the question, “Master of what or who?” but when referring to the Most High it is always used in this form “Adonai”, thus we prefer to render it “Master of masters”, much like “Elohim” and “Eloah”.

**See the article “The Hebrew Ruach HaKodesh vs the Roman Holy Spirit“. Spirit of YHVH is the driving force in His manifestation of Himself.