Christmas —”Do Not Do It and Do Not Say You Are Doing it for Me!”

Christmas (Old English Crīstes mæsse) is considered one of the holiest if not the holiest day in the Christian calendar of the western Church. Many Christians around the world celebrated the birth of Christ on Christmas Day, the 25 of December. While Christmas is believed to be the day of the birth of Christ, there are strong arguments against it. For further knowledge on the matter, the reader may do well to read what we have written in our commentary on the birth of Yeshua in Chapter Astronomical Evidence of Yeshua’s Birth from the book The Reckoning of Time of Time of Reckoning Ministry.

Christmas Day is a public holiday in many of the world’s nations and is celebrated by Christians and culturally by many non-Christians alike. The Christmas season is the busiest trading period for retailers in the western world.

The 22nd of December is the day of the winter solstice when the sun is at its southernmost point. For three days, from the 22nd to the 24th of December, the nights remain the shortest of the year, and the day is not increased as if the sun is standing still, hence “the standing sun”, or “winter solstice” in Latin.

On the 25th of December, however, the day begins to increase, and the pagans celebrated and still celebrate it as a festival dedicated to “the Conquering Sun”, because on that day the sun (worshiped as an idol) conquered the darkness of the night.

When Rome made the Christianity a religion, the catholic church due to its ignorance of the Scripture did not know when Christ was born and incorporated the day of “the Conquering Sun”, the holiday of the Romans, as “Christmas” which became a holiday of the new church. This tradition is unknown to many Christians. For more information on the pagan practices in the Christianity, the present author recommends the book “Two Babylons” by Reverent Alexander Hislop.

However, one is certain: Christmas as a holiday cannot be found among the appointed times of YHVH in Leviticus 23, nor is there any evidence that the early believers in Yeshua had ever celebrated Christmas, the 25th of December, or any other day as a birthday of the Messiah of Israel.

That is not to say, though, that the Scripture is silent on this matter. On the contrary, we can recognize Christmas-like practice among the pagans, unfortunately, adopted by the ancient Israelites. The Almighty was furious.

Do not learn the way of the nations and do not be awed by the signs of the heavens, for the nations are awed by them. For the customs of these peoples are vanity, for one cuts a tree from the forest, work for the hands of a craftsman with a cutting tool. They beautify it with silver and gold, they strengthen it with nails and hammers so that it does not topple. They are like an upright palm tree, and they do not speak. They have to be carried, because they do not walk. (Jer 10:2-5) 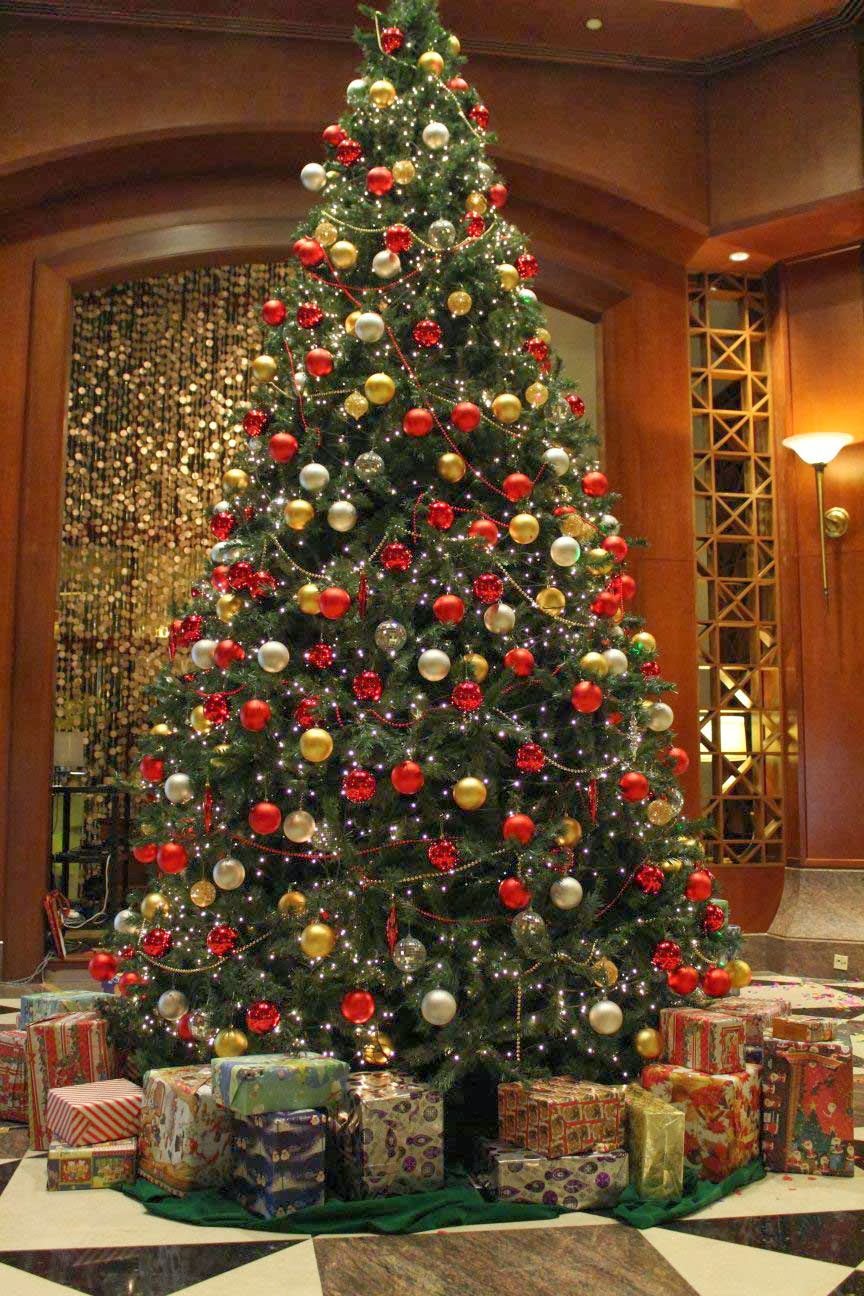 Traditional Christmas tree with ornaments and gifts beneath it

What do we see here? One goes in the woods and cuts a tree with an axe, or a chain saw. Then he drags it to his house at a specially designated place in the room and secures it in a strong base so that it will not topple. After the tree is such secured upright to look like a pillar, he starts decorating with shiny ornaments resembling silver and gold, in vain customs he does it, so that it will look beautiful.

The craftsman in iron with the tools works one in the coals, and fashions it with hammers, and works it with the strength of his arms, even so, he shall be hungry, and has no strength, he drinks no water and is weary. The carpenter stretches out his rule, he outlines it with chalk; he fashions it with a plane, and he outlines it with the compass, and makes it like the figure of a man, according to the comeliness of a man, to remain in the house. He cuts down cedars for himself, and takes cypress and oak, which he raised among the trees of the forest. He has planted a pine, and the rain nourishes it. And it shall be for a man to burn, for he takes some of it and warms himself. He also kindles it and shall bake bread. He also makes a god and bows himself to it – has made it a carved image and falls down before it. Half of it he shall burn in the fire; with this half he eats meat. He roasts a roast and is satisfied. He also warms himself and says, “Aha, I am warm, I have seen the fire.” And the rest of it he makes into a mighty one, his carved image. He falls down before it and worships, prays to it and says, “Deliver me, for you are my god.” (Isa 44:12-17)

A smith has sharpened his chisel to cut the iron. He works with red-hot coals making the iron red-hot by blowing the fire and this he shapes with hammers. He works very hard with the strength of his arms and although he is hungry and thirsty, he is entirely devoted to the piece of iron which he has shaped as an idol.

And of a carpenter. He cuts down a choice cedar, cypress, or oak for himself from the trees of the forest and brings it home. He stretches the line upon the block of wood to measure the length and breadth of the figure of man with planes and with the compasses in order that the different parts of the body may be in right proportion. He constructs it in such a manner that it gradually acquires the shape of a man.

When he is finished, he sets it up like a human-god at a specially designated place, in either a house of worship or his private house to bow down and worship it.

The rest of the tree, he burns to warm himself and cook his meal. And when he is satisfied, he feels good.

Now, this is the quick quiz:

– What is this tree and for what special occasion has the craftsman done it?

– What is the man-like idol of metal or wood the craftsman has made to fall down before it and worship it?

What ever they are, what the Highest is saying to us is can be boiled down to this: “Do not make your places of worship, do not make your idols placed by the side of Me to worship, and do not say you are doing it for Me.”

You shall not make with Me gods of silver, neither shall you make to you gods of gold. (Exo 20:23)

Completely destroy all the places where the nations which you are dispossessing served their gods, on the high mountains and on the hills and under every green tree. And you shall break down their altars, and smash their pillars, and burn their groves with fire. And you shall cut down the carved images of their gods and shall destroy their name out of that place. Do not do so to Yehovah your Elohim, (Deu 12:2-4)